From the Bus to the Ballot: African American Women’s Electoral History

On the one hand, [African American women] are gaining increased access to political offices, now outpacing African American men in winning elections. On the other hand, they continue to face considerable obstacles to securing high-profile offices at both the state and national level.[1]

In this African American history month – and every day of the year - we honor the daring women who follow in Chisholm’s footsteps, and we should all encourage more women to do the same. 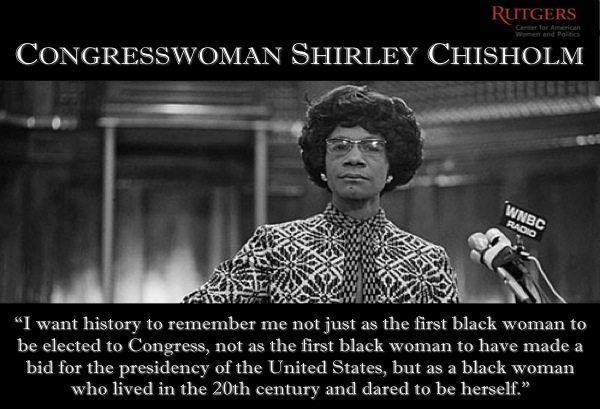