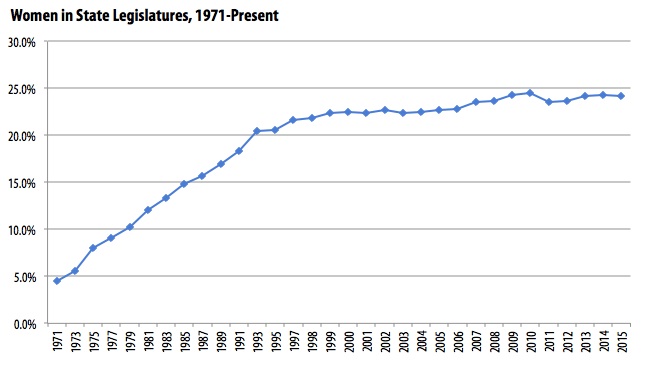 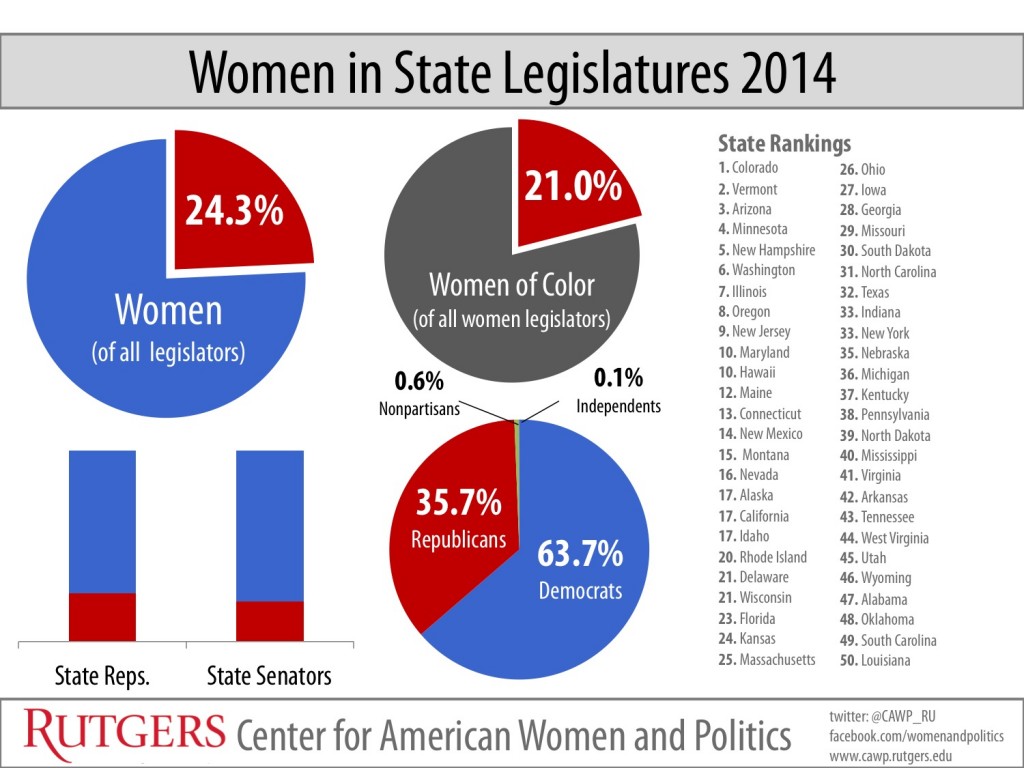 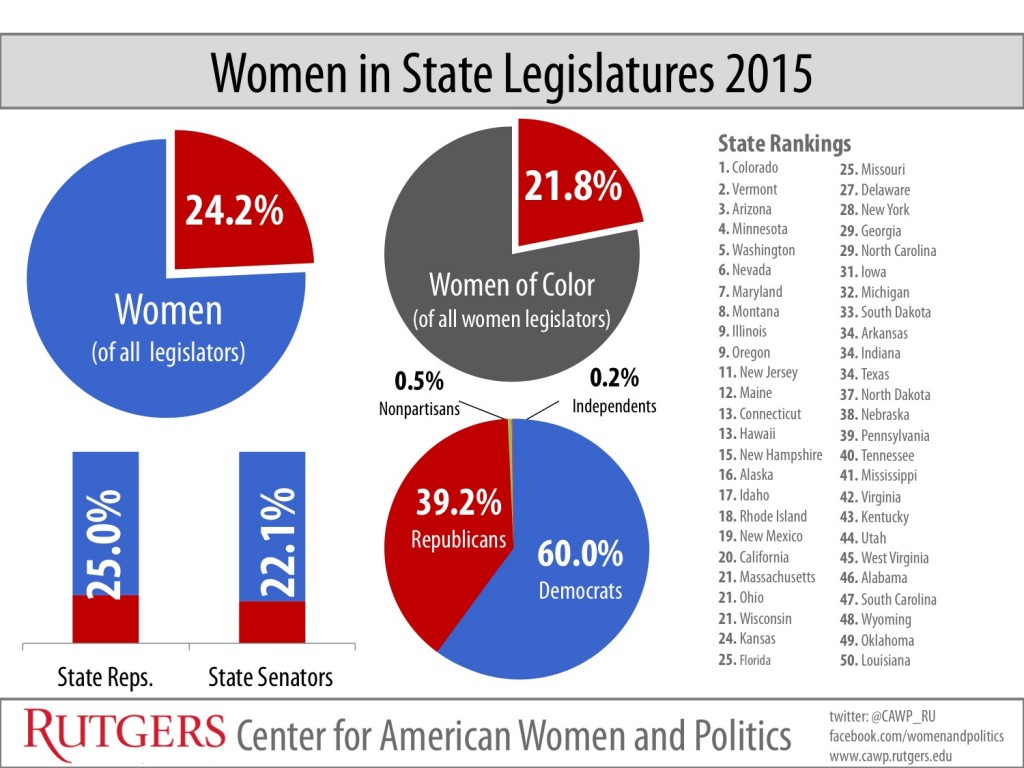 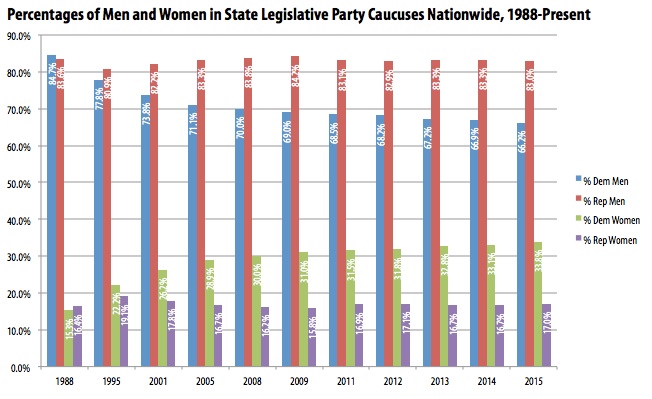 Thirteen more women of color will serve in state legislators in 2015 than served in 2014, reaching 390 women of color in total, or 21.8% of all women state legislators (up from 21% in 2014). These gains are significant in a year when women lost overall, but they are still reflective of a very slow rate of change. What explains the stagnation in state legislative women? A few things are of importance to note. First, women fare worse in elections where Republicans fare best because they make up a smaller proportion of Republican candidates. Moreover, the Democratic losses in Republican years are particularly damaging among women officeholders, who are more likely to be Democrats. Second, the number of women candidates – Republicans and Democrats alike – is not increasing at a pace necessary to see representational gains. We know that women fare as well as men on Election Day when they are in comparable races, but women need to make it to the ballot to experience that same level of success. In 2014, 2,517 women ran for state legislative office, 20 lower than ran in 2010 and just 72 more than the number of women who ran in 2012. The flat line in women’s representation is consistent with the flat line in women’s candidacies, serving as yet another reminder for the need to encourage, support, and mobilize women to run. Lastly, if women are to reach political parity with men, they must do so in both political parties. The trends in 2010 and 2014, both Republican years that saw declines in women’s representation, demonstrate that the dearth of Republican women running and winning makes it hard to counter the Democratic losses among women in the same years. So when will women reach parity with men in state legislatures? At this pace, the prognosis is grim. Instead of forecasting numeric progress, however, I’d rather identify opportunities for numeric change. CAWP’s research provides insights into the challenges and opportunities for women running for state legislative seats, and CAWP programs work to provide the support infrastructure to women making the decision to run. But what else needs to be done to disrupt the stasis and prevent further falls in women’s state legislative representation? Share your thoughts in the comments section below. There is much more work to do.
2014 Election
state legislature