Nearly one-third of women challengers won in Virginia’s state legislative election. Here are some more numbers that might surprise you.

To better understand the context for – and unlikelihood of -- these victories, we drilled down further to compare results in each House of Delegates district where a woman ran in 2017 with results in the 2015 election. Here are a few key findings (with numbers attached!):

In 2017, Democratic candidates challenged Republicans in 31 Virginia House districts where those Republicans ran unopposed in 2015. They took on high risks, as the precedent in each of these districts indicated slim chances of success. The results were largely as expected, but four of these challengers won. Importantly, they were all women. Their margins of victory ranged from two to 16 points. 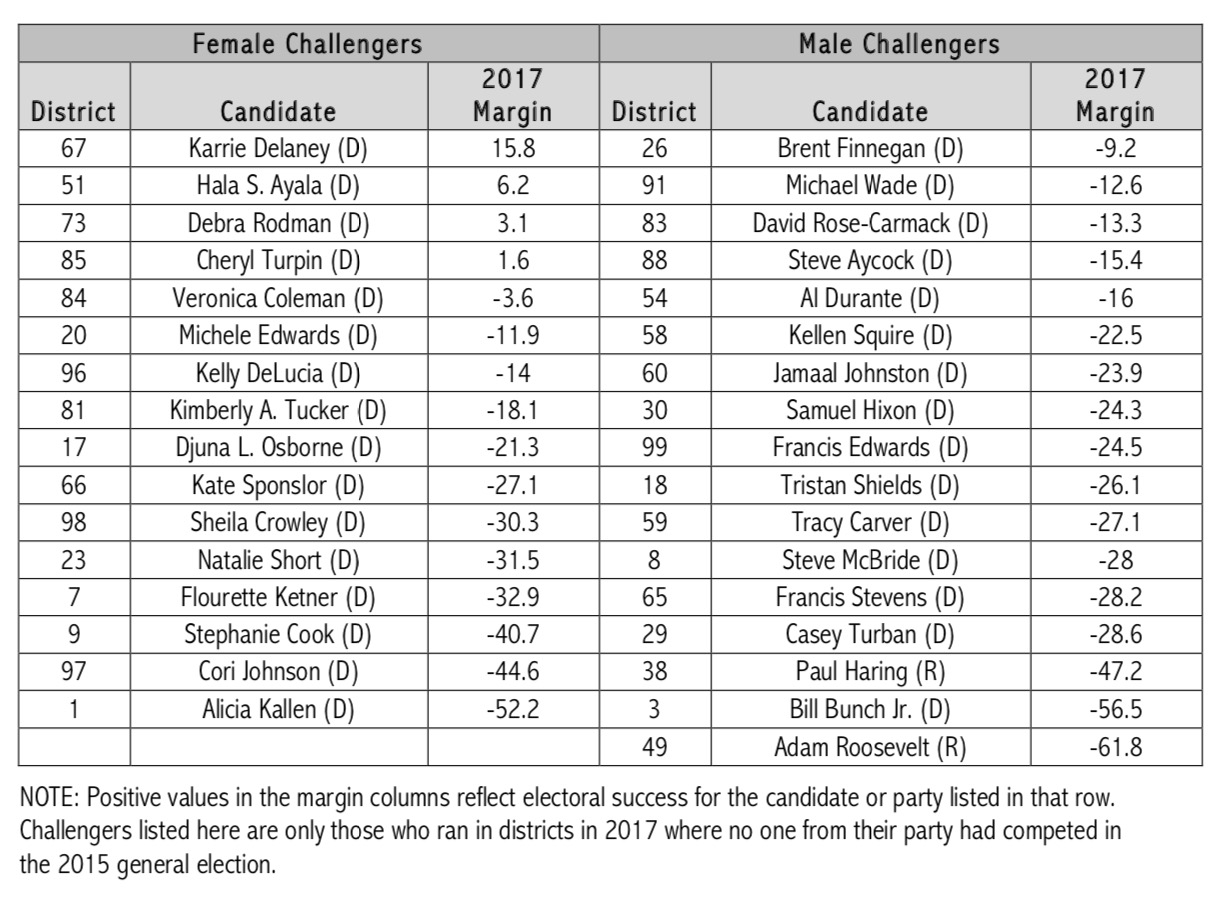 2. Wide swings in Democratic support from 2015 to 2017 were key to victories for men and women challengers.

Democratic challengers competed in 17 districts where their Republican opponents had also been challenged in 2015, and they won in about half of them. Women were nearly two-thirds (11 of 17) of those challengers, and are the same proportion of the winners of these contests; five women and three men won, and both a man and a woman are candidates in races where the results are too close to call.  The average margin of victory for the five successful Democratic woman challengers was 5.5 points (ranging from 0.9 to 9.8 points), and these women, on average, swung their districts’ voter support 21.8 points from 2015 to 2017 (ranging from 16.7 to 28.1 points). The three successful male challengers, on average, swung their districts 23.7 points from 2015 to 2017 (ranging from 19.3 to 26.3 points).

Vote Margins & Swing in District Party Vote from 2015 to 2017 for Virginia House of Delegates Challengers, November 2017 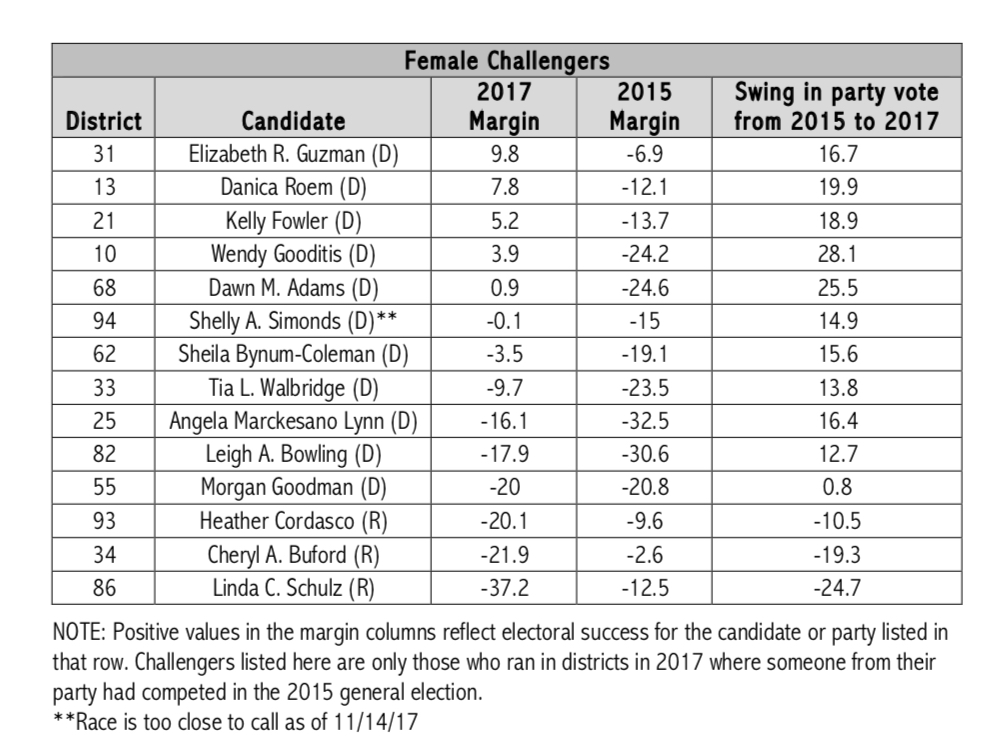 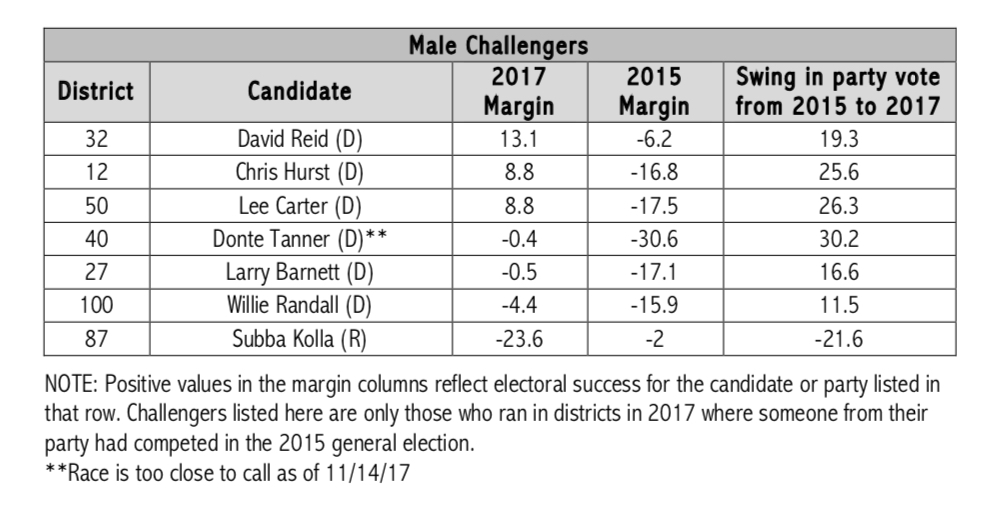 3. Republican challengers were few in number and confronted strong headwinds.

Just six Republican challengers, three women and three men, competed in Virginia’s elections, representing 11% of all House challengers in 2017. All of them lost, and by much larger margins than had Republicans competing in the same districts in 2015.

How do these findings compare to women’s candidacies for open seats and as incumbents?

Three of the six women candidates running for open seats in Virginia’s House of Delegates won on Tuesday, including two Democrats and one Republican. Importantly, two of the four open seat contests in which women competed were woman vs. woman races.

Finally, all of the 15 incumbent women candidates in Virginia, including 11 Democrats and 4 Republicans, were re-elected. Nine (8D, 1R) were unopposed. Consistent with the trends across races, Democratic women incumbents increased their margins of success from 2015 (except for in cases where they were opposed in 2017 and not in 2015), and Republican women’s margins of success narrowed in 2017, in one case to just 0.5 points.