Everything You Need to Know About the Gender Gap

In the weeks and months leading up the 2020 presidential election, many political pundits and observers speculated that the gender gap wouldn’t be a gap so much as a gender canyon. The “gender gap” typically refers to differences between women and men in vote choice but can also refer to gender differences in turnout, political attitudes, and engagement. Although all election surveys and exit polls suggest that a sizeable gender gap was present in the 2020 election, this gap was often overstated. Women were no doubt key to the victory of President Joe Biden and the election of first woman vice president, but the story of the gender gap in 2020, and in every context in American politics, is complicated.

To highlight the complexities of women voters and the gender gap, the Center for American Women and Politics (CAWP) recently released newly updated and expanded fact sheets with information on voter turnout, the gender gap in presidential vote choice, and the gender gap in partisan identification and presidential performance ratings. Our new voter turnout and gender gap fact sheets include data on voter turnout, party registration, and vote choice by gender and race, age, educational attainment, and marital status. These updated fact sheets highlight not only differences between men and women, but also the significant differences among women voters. Scholars, journalists, and anyone with an interest in women voters now have access to these unparalleled sources of data.

Discussions about the gender gap are often distilled into one succinct takeaway: women are more likely to vote for Democrats and men are more likely to vote for Republicans. However, the most recent academic research on the gender gap and women voters, as well as the data we have collected and curated here at CAWP, suggests a far more nuanced picture of women voters in American politics. Drawing from the newest research and our updated fact sheets, here are some key insights into the gender gap:

1. The gender gap is also a race gap.

Early scholarship on the gender gap emphasized that, starting in 1980, a gap emerged in which women were more likely to vote for Democrats and men were more likely to vote for Republicans. However, one would be remiss not to consider the intersection of race and gender in this context. Data from our Gender Gap in Presidential Vote Choice fact sheet illustrate that women are not a monolithic voting bloc. Across white, Black, Latinx, and Asian American voters, women are more likely than men to report voting for the Democratic candidate. However, a majority of white women have voted for the Republican candidate since the 2000 presidential election when white women were almost equally split between Democrat Al Gore and Republican victor George W. Bush. In contrast, a large majority of Black, Latina, and Asian women have supported the Democratic candidate.

Recent academic work by Jane Junn and Natalie Masuoka also support this conclusion. In their analysis of American National Election Study (ANES) data, they find that white women have supported the Republican Party candidate for president by a majority in all but two of the last 18 elections. In a book entitled The Latino Gender Gap in U.S. Politics, Christina Bejarano discusses the complexities of the gender gap within the diverse U.S. Latinx population. Bejarano shows that within different racial and ethnic groups, factors like generational status and national origin can shape the contours of the gender gap. For more discussion of race and the gender gap, check out Revisiting the Gender Gap in 2020: Race and the Gender Gap, an installment in our recent written symposium on women voters.

2. Gender interacted with voter race, education, and religion in 2020.

Consistent with recent past elections, the intersection of race and gender mattered a lot in the 2020 presidential election. Across multiple pre-election surveys and exit polls, Black women proved to be the most reliable Democratic voters, with somewhere between 89-92% of Black women casting a vote for the Biden-Harris ticket. Their support for Biden was greater than that of Black men, though the gender gap among non-white voters tends to be narrower than among white voters. Additionally, between two-thirds to three-fourths of Latina voters supported Biden as well as a majority of college-educated white women.

Non-college-educated white women and Evangelical women, along with their male counterparts, voted for former President Donald Trump in clear majorities, though gender gaps still existed; men showed stronger support for the Trump ticket than women. The academic research supports the notion that Evangelical women in particular are a mainstay of the Republican party. In work by Erin Cassese, evidence indicates that white Evangelical women overwhelmingly voted for Trump in 2016.

3. Women register and turn out to vote more than men.

In A Century of Votes for Women: American Elections since Suffrage, Christina Wolbrecht and J. Kevin Corder trace how women’s turnout and party identification has evolved since they won the right to vote 100 years ago when the 19th Amendment was ratified. Our Gender Gap in Party Identification and Presidential Performance Rating fact page shows the significant gender gap in party identification that emerged in the 1980s with larger proportions of women than men identifying as Democrats. An article by Elizabeth U. Cascio and Na’ama Shenhav also highlights trends in women’s voter turnout in presidential elections and finds that aggregate voter turnout varied from election to election but generally women voted at lower rates until 1980 when women reached parity with men. From then on, women’s voter turnout continued to increase with women voting at higher rates than men.

Other demographic factors like age, education, and marital status also shape the gender gap in turnout between men and women. Looking at Census turnout data by gender and age groups, among citizens aged 18 to 64, a higher proportion of women turn out to vote than men. The gap is particularly large among younger voters aged 18 to 44. However, this pattern reverses among older voters (aged 65+). In that age cohort, men tend to vote at higher rates than women. Younger voters tend to be more Democratic than older voters but across all age groups, women tend to be more likely to vote for the Democratic candidate than their male counterparts.

Gender gaps not only exist with regard to vote choice and partisanship, but men and women also differ in their substantive policy attitudes. In her recent book, Gender Differences in Public Opinion, Mary-Kate Lizotte analyses American National Election Study (ANES) data from 1980 to 2016 to show that women tend to be more liberal on social welfare issues – such as aid to the poor, funding public schools, social security, and childcare – than men. Even among Republicans, women tend to be more supportive of government social welfare programs. Another issue area in which a gender gap has emerged is in attitudes toward the use of military force. In a new article by Michael Hansen, Jennifer Clemens, and Kathleen Dolan, they find that women are less likely than men to support the use of force.

Gender differences even extend to attitudes about public health and the endorsement of conspiracy theories. In work by Erin Cassese, Christina Farhart, and Joanne Miller, they find that women are less likely than men to endorse COVID-19 conspiracy theories even when taking partisanship into consideration. For more on gender gaps in political attitudes, see this blog post, which was part of our Revisiting the Gender Gap in 2020 symposium.

The notion of the “gender gap” has its utility. Ultimately, across demographic groups, women tend to diverge from men in meaningful and systematic ways. However, women are neither a monolith in their political beliefs, nor a unified voting bloc. Not all women are moved by the same issues and concerns, and cross-cutting identities of race, ethnicity, religion, and sexual orientation often pull women voters in different directions, particularly in the hyper-partisan context of American politics. Instead of trying to characterize women voters uniformly, we would be better served to recognize the diversity among and within groups of women. 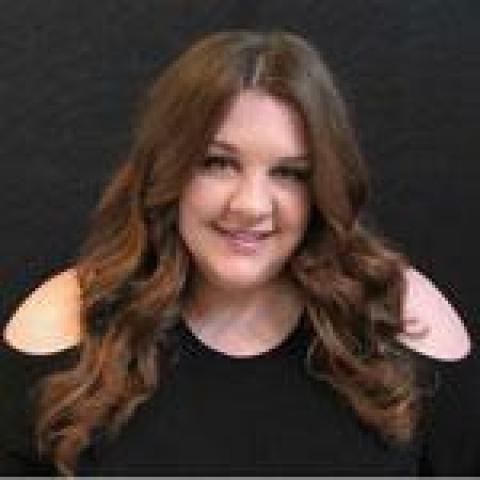