This summer, statues and memorials of former presidents and public leaders have toppled or been removed in a reckoning with the nation’s profound legacy of racism. As the country grapples with that legacy, the time is ripe for an examination of whom we choose to memorialize. In particular, we must look for those who have made important contributions to our nation and are often missing from the historical accounting, especially women and people of color.

Last month, CAWP released our Women Elected Officials Database, a tool with the most complete collection of information anywhere in the world about women officeholders in the United States. It includes women officeholders nationwide, their officeholding history, party identification, and, when available, information about their race and ethnicity. While CAWP has long kept an officeholder database, this is the first time it is available in a searchable, online format for public access. It contains entries for more than eleven thousand women officeholders dating back to 1893 when women first served in statewide elected executive office. Open availability of these data helps all of us understand more thoroughly women's role in our country's political history and creates opportunities for new research and programs addressing the lack of parity in women's representation. It is also a wonderful resource for exploring women who deserve a statue or other memorial in their honor.

When CAWP started counting women officeholders in 1971, there were only 351 women serving in state legislatures nationwide out of over 7,600 seats. To put this into perspective, if these women had met up in New Hampshire’s statehouse, they wouldn’t have filled all the seats of its 400-member House of Representatives, while the men serving would have needed a stadium.  Women held only twelve of the 535 seats in U.S. Congress in 1971. That particular class of women members of Congress would leave a big footprint on the history of women’s public leadership in numerous ways. Representatives Shirley Chisholm and Margaret Chase Smith, formidable as members of Congress, helped add cracks to the “marble ceiling” by running for the presidency during their political careers. Representative Margaret Heckler, the first woman elected to Congress from Massachusetts, later became one of the co-founders of the bipartisan Congresswoman’s Caucus (eventually the Congressional Women’s Caucus). And two of these women, Representatives Patsy Mink and Edith Green, would go on to author Title IX, which changed the landscape for generations of women students and athletes.

Some of these names are relatively well-known, but reaching further back, how many have heard the name Eva Kelly Bowring, the first woman to serve in the Senate from Nebraska? Appointed to the Senate in 1954 upon the death of her predecessor, she initially rebuffed the offer from the governor before reversing course, noting that “when a job is offered to you, take it. Men can refuse but women are increasingly important in political life.”[i] (Side fact, people in Nebraska might know her name: Bowring was an avid rancher, and after her death, her ranch was donated to the Nebraska Game and Parks Commission, becoming Bowring Ranch State Historical Park.) Other women who have played important roles in public life early in our nation’s history include Soledad Chacón, the first woman and first Latina to win statewide elected executive office, becoming New Mexico’s secretary of state in 1930. In her time in office, Chacón served as acting governor while the governor was out of the state, the first woman in the country’s history to assume the responsibilities of that office. Chacón also went on to serve in the New Mexico legislature.

1917 is the year the first woman served in the U.S. Congress — Jeannette Rankin, a Republican from Montana. Out of curiosity, I looked into the database to see how many women were serving in state legislatures at the time. There were twelve, and all were from five Western states — Arizona, Colorado, Montana, Utah, and Washington. Two of those women were the first women to serve in the Montana House of Representatives, Democrat Margaret Smith Hathaway and Republican Emma S. Ingalls. Both women were ardent suffragists and worked to promote women’s rights and disenfranchised groups. In what was presumably a high compliment for its time, a male legislator said of Hathaway, “She’s the biggest man in the House.”[ii] Representative Rosa Jane McKay of Arizona was best known for passing a bill enacting a minimum wage for women (a law that was unfortunately struck down as unconstitutional by the U.S. Supreme Court in 1923).[iii]

Intrigued by Montana’s early numbers, I looked into the state more deeply and discovered Dolly Cusker Akers, the first Native American to serve in its legislature and the only woman to serve during her term from 1933-34. She won election with almost 100% of the vote in a county where whites outnumbered Native Americans by 10 to 1. Throughout her career, Cusker Akers lobbied extensively on tribal issues and was most proud of her work on behalf of the 1968 Indian Civil Rights Act. [iv] Other history-makers include Minnie Buckingham Harper, who was appointed to the West Virginia House of Delegates in 1928, becoming the first Black woman to serve in a state legislature. Crystal Dreda Bird Fauset, the first Black woman elected to a state legislature, served in the Pennsylvania House of Representatives from 1939-40. A long-time civic leader and civil rights activist, Bird Fauset also served as an advisor to President Franklin Delano Roosevelt. She gave over 200 lectures about race relations on behalf of the American Friends Service Committee, and her words resonate today: “The types of questions asked [me] give clear evidence that white students, both high school and college, think of the American Negro as being not quite human, think of him as being more or less of an alien, associating him with an African rather than American background, and that whatever advantages and privileges he enjoys are due solely to the magnanimity of white people. They do not seem to realize that these advantages and privileges are due him as a native-born American citizen and as a normal human being — at least as normal as the attitude of the white world permits him to be."[v]

These are just a small handful of examples of the women who have played valuable roles in public life throughout the course of the nation’s history. By providing open, accessible data on women’s representation, it is our hope that researchers will have an easier time conducting research and analyses, that practitioners working towards parity for women will have better context and understanding about the trends in women’s representation in their states and nationwide, and that everyone will be inspired to dig more deeply into the history of women who have served in public office. Let’s start erecting monuments to and naming bridges, highways, and buildings after some of these pioneering women leaders. 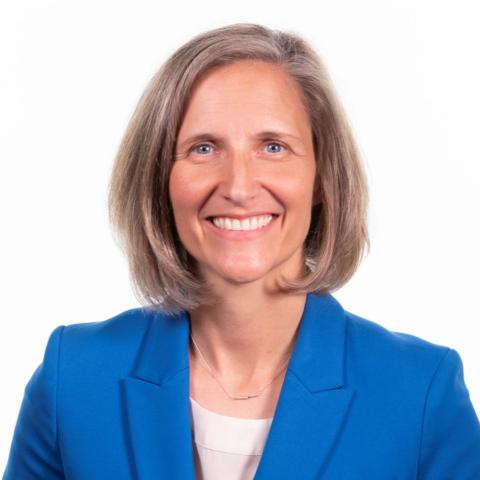