Make America Caring Again: What the Majority of Women Voters Want During the COVID Crisis


The COVID-19 pandemic has had a dramatic impact on the health and safety of Americans as well as on the United States’ economy. Questions and concerns have arisen about the severe precipitating effects of this national crisis because of a lack of access to health insurance among many Americans, the increasing unemployment rates, and the growing demands on food banks. The current circumstances create a unique political context in which social welfare issues may preoccupy the minds of voters this November. These issues are also at the heart of the gender gap in presidential vote choice, where women have been more likely than men to vote for Democratic candidates since 1980. While women voters are far from a monolithic group, the greater support among women than men for social welfare programs including support for the government’s role in providing health and economic security and their stronger belief than men in promoting the well-being of all will likely continue to distinguish support by gender between this year’s presidential contenders.

One hundred years after women attained suffrage, a Democratic candidate for the presidency cannot win the White House without strong support from women and minority voters. Political science research, including my own examining national public opinion via American National Election Studies data from 1980 to 2016, provides insight into what issues have been most important to women over the span of nearly three decades and – relatedly – which policy areas explain the gender gap in presidential vote choice. The leading factor explaining the gender gap in vote choice over this period of time is attitudes about social welfare programs. Using mediational analyses to understand what issues explain gender differences in vote choice, I find that social welfare attitudes explain 60.95% of the gender gap. This compares to other issues such as defense spending attitudes which mediate 22.36% of the gap, support for regulations to protect the environment which mediates 20.93% of the gap, and support for laws that protect gay men and lesbians from discrimination which mediates 25.47% of the gap. These are just a few of the other areas of public opinion analyzed in the book. It is important to note that each area was analyzed separately meaning that the percentages do not add to 100%.  It is likely that in a particular election year, another issue area, not social welfare issues, may be the best explanation for the gender gap, but my analysis looked at the full time period as a whole. Policy positions on social welfare issues are also the leading factor explaining the gender gap in party identification over the same time period. More specifically, women have been consistently more likely than men to support a greater role of government in ensuring healthcare access and providing financial and food assistance, as well place a distinct value on social equality and the well-being of all in society.

The COVID-19 pandemic has brought to the forefront the issue of healthcare access, which has been a prominent policy area of past presidential agendas including Clinton and Obama. According to my research, women are more likely than men to support a greater role for government in the provision of health insurance to American citizens. This gender gap persists between men and women of different age cohorts, different levels of education, and different income categories. However, gender differences are not consistent across racial and ethnic groups; while White women favor higher levels of government involvement in providing health insurance compared to white men, Black women and Black men do not differ in their support for a robust governmental role in providing health insurance. To capitalize on this support, Democratic presidential nominee Biden should employ his association with the Affordable Care Act and address his commitment to both ensuring and expanding healthcare access.

Many scholars have pointed out the significant role of Black and Latina women’s strong identification with the Democratic Party as fueling the gender gaps in party identification and presidential vote choice; as Wendy Smooth writes, “African-American women and Latinas heavily account for the consistent claim that women are more supportive of Democratic candidates.” When analyzing the vote choice of men and women from 1980 to 2016, only 38% of White women voted for the Democratic presidential candidate compared to 99% of Black women. Younger women are more likely than older women to vote Democratic in presidential elections; 67% of women born after the boomer generation compared to 55% of boomer women voted Democratic. Seventy-eight percent of women with a household income below the national median compared to 50% of women with a household income above the national median voted for the Democratic presidential candidate during this time period. Though women were more likely than men to vote Democratic within all of these subgroups – thus the gender gap – the differences across groups of women are key to understanding women’s policy preferences and voting behavior, and to informing campaign strategy.

COVID-19 has had devastating consequences for Americans, highlighting the importance of affordable healthcare access, government assistance for the unemployed, and government aid to the needy. Past surveys demonstrate that the majority of women support government solutions to these types of national problems. And the gender gap in presidential vote choice in past elections can be largely explained by the majority of women wanting a president who promises an equal society that promotes the well-being of all and who will provide a more generous social safety net. On Election Day 2020, these policy positions are likely to still be on the minds of the electorate influencing how men and women vote. To secure and potentially expand the Democratic base, Biden should emphasize how his administration will fight to provide government support during these difficult times. President Trump, however, will have far less incentive to back this approach that is largely unpopular among his base, including conservative women. If President Trump and his team want to expand their support among women beyond their base, these data suggest his administration’s past cuts to social welfare spending and reluctance to provide government aid to states, localities, and individuals to confront the COVID-19 crisis will hurt more than help. 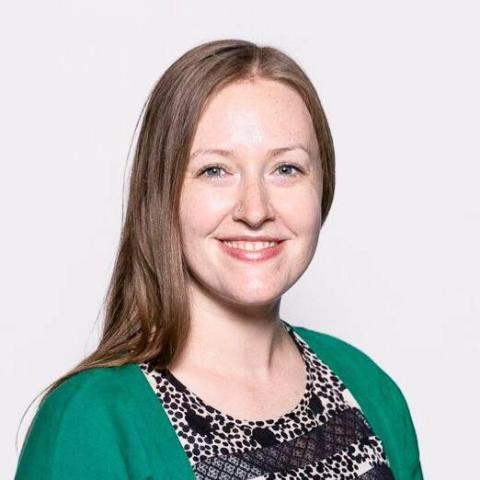 Mary-Kate Lizotte is an Associate Professor of Political Science in the Department of Social Sciences at Augusta University in Augusta, Ga. Her research focusing on gender differences in party identification, vote choice, and public opinion has appeared in various journals and edited volumes. She is the author of Gender Differences in Public Opinion (Temple...