Are Women Reshaping the Political Donor Class? Money Matters in the Upcoming Races for Governor
Money and Gubernatorial Races: How are Women Faring as Candidates and Donors?
A Record Number of Women will Serve in State Legislatures in 2021
Results: Women Candidates in the 2020 Elections
President Trump’s appeals to women show that the more things change, the more they stay the same

Too much to do and too little time this holiday season? To help lighten the load, here’s a handy list of gift ideas honoring women public leaders – perfect for the women (and men!) in your life who appreciate the role that women play in shaping our democracy, as well as the kids who will carry the leadership torch in years to come. 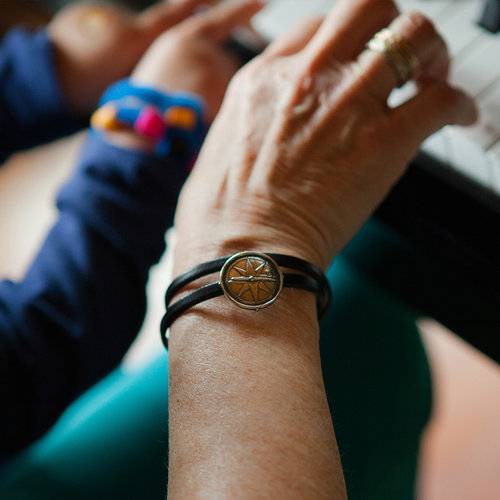 TheCOMPASSProject has designed a collection of special artisan-crafted True North bracelets, and a portion of sales supports CAWP’s Ready to Run® Network of nonpartisan campaign trainings for women.  We wear our bracelets every day as a symbol of hope that one day women in America will have the power to govern as equals. Yes, this is a shameless plug to support our work, but you’ll also help women break some marble ceilings while shopping. See, everyone wins! 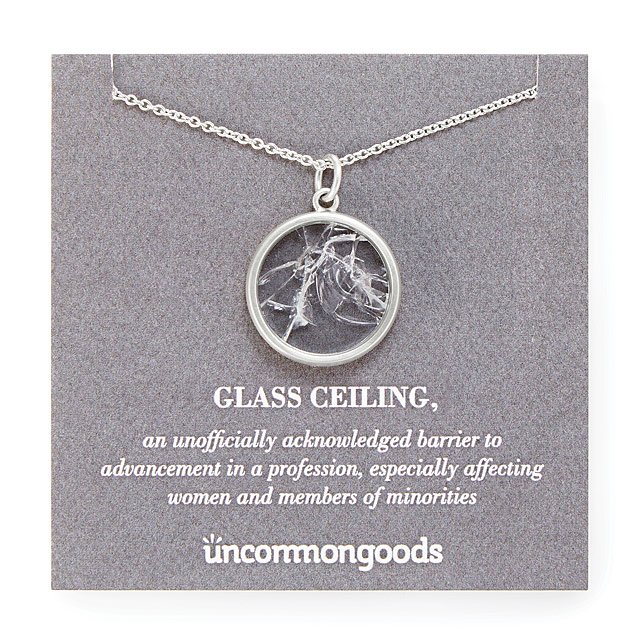 Every baby needs this Ruth Bader Ginsburg bib, because it’s never too early to start kids on embodying the spirit of powerful women.

We can’t all be on the Supreme Court, but we can enjoy a cup of coffee with this record-breaking, history-making squad any time we’d like. 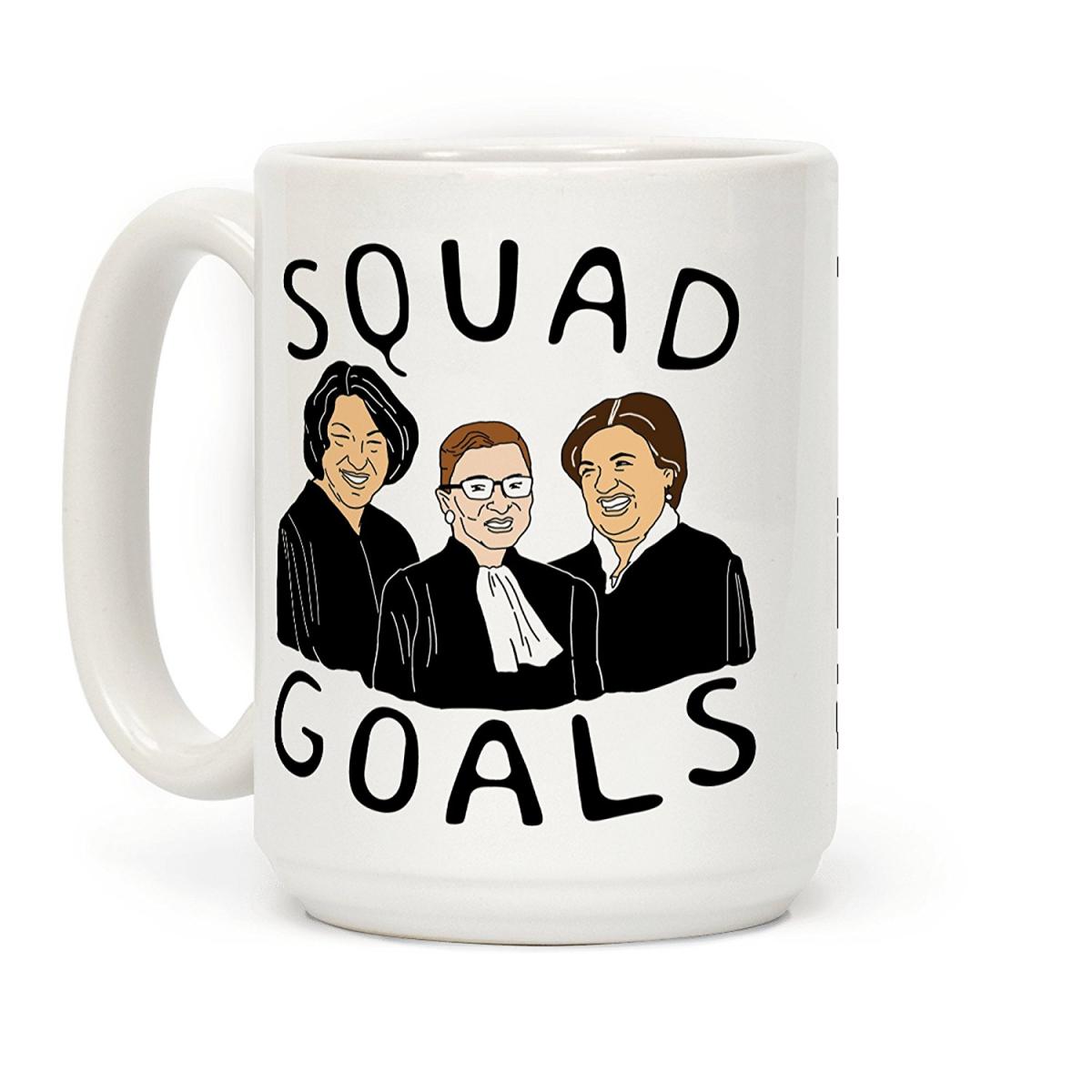 These coasters would make a charming and empowering hostess gift. Also, I’m now obsessed with this “brilliant women” spinner.

What friend wouldn’t appreciate having Eleanor Roosevelt’s words of wisdom on their wall?  (And this card.) 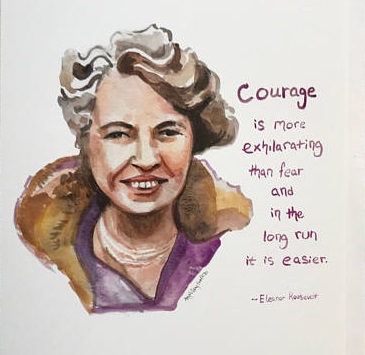 Statement t-shirts are fun; why not make them empowering ones? Suffragist Alice Paul said, “There is nothing complicated about ordinary equality,” and we agree. Every woman has a mind of her own. And in case anyone needs reminding about where women belong.

What better way to spend a cold winter’s night than curled up in front of a good show? Equity is about the hard road women face making it in a man’s world.  The binge-worthy drama Borgen covers challenges faced by Denmark’s first female prime minister.

Last, but not least: books that teach kids and adults about women’s public leadership. (Note: this is by no means an exhaustive list of books on women leaders. The biggest challenge is the lack of titles on the subject of women’s political leadership. Take note, publishing houses and authors!  We need more. In the meantime, additional book suggestions are available on our Teach a Girl to Lead™ site.)

Preschool and Elementary: Little Leaders: Bold Women in Black History by Vashti Harrison; She Persisted: 13 American Women Who Changed the World by Chelsea Clinton and Alexandra Boiger; Sonia Sotomayor: A Judge Grows in the Bronx/La juez que crecio en el Bronx by Jonah Winter; Grace for President by Kelly DiPucchio ; If I Were President by Catherine Stier; Child of the Civil Rights Movement by Paula Young Shelton and Raul Colon.  Founding Mothers: Remembering the Ladies by Cokie Roberts  and Diane Goode; Mary America: First Girl President of the United States by Carole Marsh; Hillary Rodham Clinton: Do All the Good You Can by Cynthia Levinson; A Woman for President: The Story of Victoria Woodhull by Kathleen Krull  and Jane Dyer.

Pre-Teen: Yours Truly, Lucy B. Parker: Vote for Me! by Robin Palmer; With Courage and Cloth: Winning the Fight for a Woman's Right to Vote by Ann Bausum; Scholastic Biography: Sojourner Truth: Ain’t I A Woman by Patricia McKissack and Fredrick McKissack; President of the Whole Fifth Grade by Sherri Winston; Margaret Chase Smith: A Woman for President by Lynn Plourde.

Teen: 33 Things Every Girl Should Know About Women's History: From Suffragettes to Skirt Lengths to the E.R.A. by Tonya Bolden (editor); Not for Ourselves Alone: The Story of Elizabeth Cady Stanton and Susan B. Anthony by Geoffrey C. Ward and‎ Kenneth Burns; Still I Rise: The Persistence of Phenomenal Women by Marlene Wagman-Geller.

Adult: Pearls, Politics, and Power: How Women Can Win and Lead by Madeleine Kunin; Political Woman: The Big Little Life of Jeane Kirkpatrick by Peter Collier; Unbought and Unbossed by Shirley Chisholm; My Beloved World by Sonia Sotomayor; Mankiller: A Chief and Her People by Wilma Mankiller; Fighting for Common Ground: How We Can Fix the Stalemate in Congress by Olympia Snowe; The Autobiography Of Eleanor Roosevelt.