Republican women’s underrepresentation is a state problem, too. …Unless you’re in Alaska. 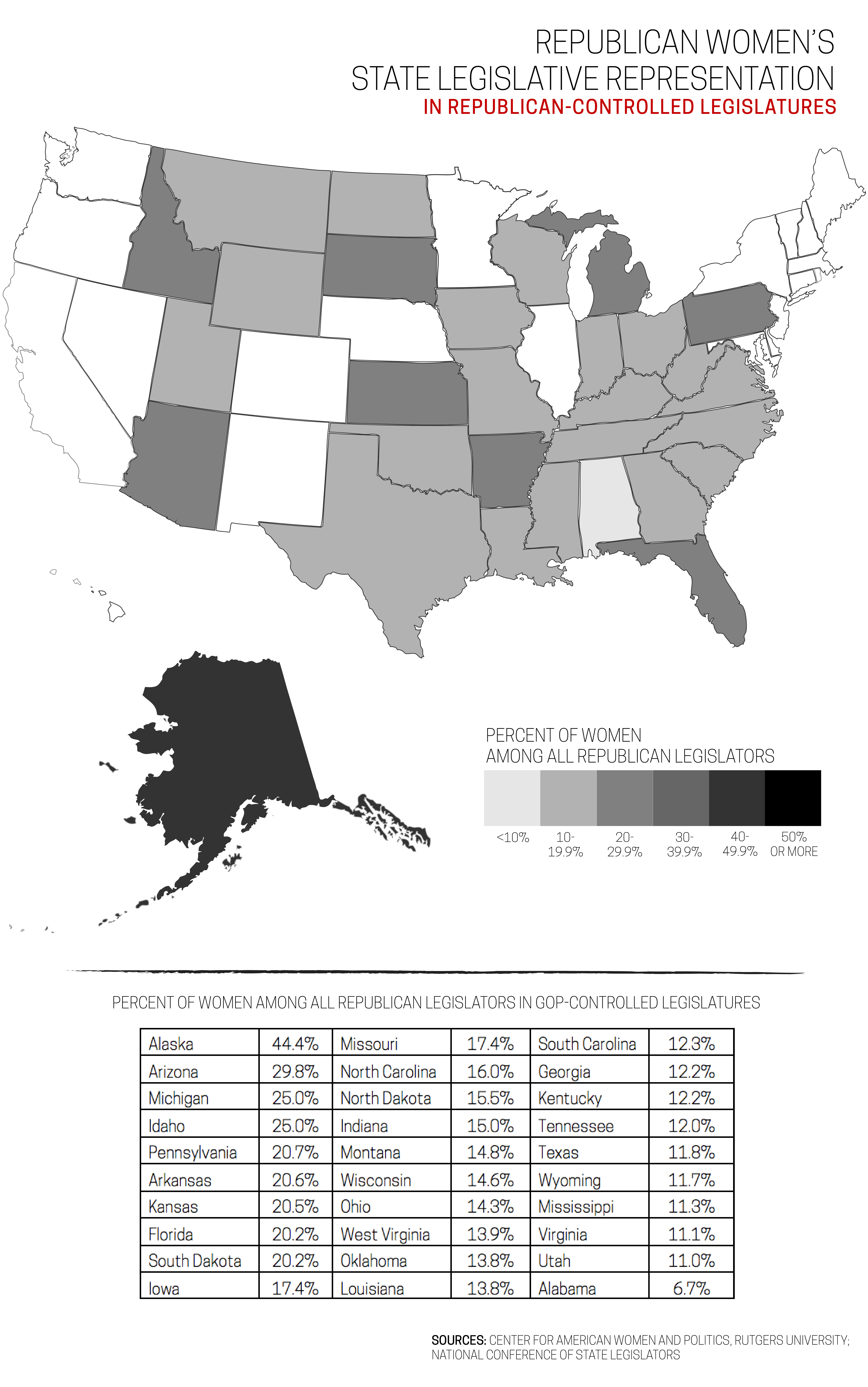 We can cut the numbers other ways, too. While women are 41.9% of all Democratic state legislators nationwide, they are just 17.2% of Republican state legislators. Democratic women are at or above parity with their male partisans in nine state legislatures (Arizona, Colorado, Georgia, Idaho, Maine, Montana, Oregon, Nevada, and Utah), while Hawaii is the only state where Republican women are equally represented with men in their (highly-underrepresented) party (women are 3 of just 6 Republicans serving across both chambers). 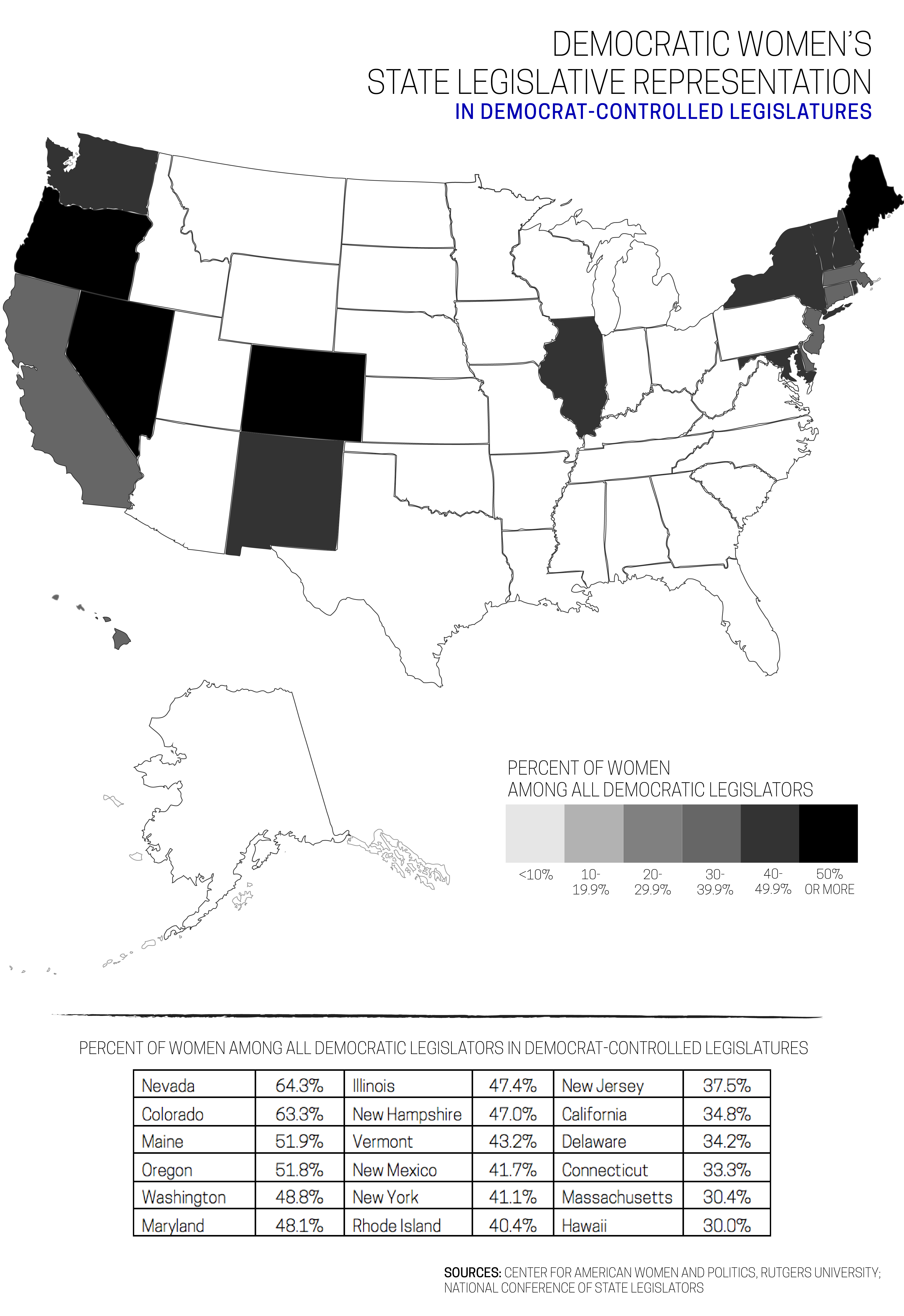 Republican women are also less likely to hold top leadership spots in state legislatures where Republicans are in control. Of the 23 women who hold top state legislative leadership posts (senate presidents or presidents pro tem, or speakers of state houses), six (26%) are Republicans and 17 (74%) are Democrats. Women are 11.6% of Republican senate presidents and presidents pro tem, while they are 42.3% of Democrats who hold the same posts. Likewise, while women are nearly one-third of Democratic House speakers nationwide, just one of 30 Republican House speakers is a woman.