Gender and Race Differences in Mayors’ Experiences of Violence 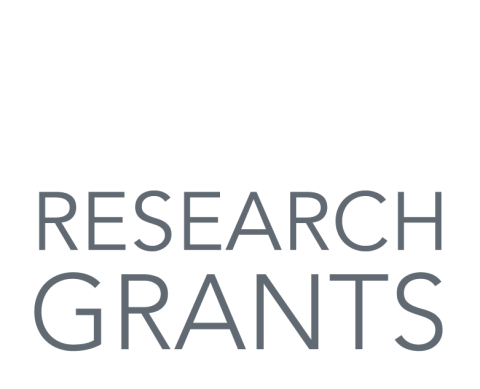 After national news coverage of a COVID-19 mask requirement controversy in Dodge City, Kansas in December of 2020, Mayor Joyce Warshaw received numerous threats such as “Burn in hell”; “Get murdered”; and “We’re coming for you.” Fifteen days later, Mayor Warshaw resigned saying that she and her family no longer felt safe.

Four important questions arise from the circumstances in which Mayor Warshaw and other mayors find themselves.

Our research seeks answers to these questions. Building on a growing body of scholarship on political violence and, especially, political violence perpetrated by the public against women in politics in the U.S. and around the world,[1] we conducted a study of U.S. mayors in 2021 in cities of 10,000 in population and above. The results may be interpreted as a call for action to protect those who serve us. Overall, we find that violence against mayors is prevalent and that overlapping identities affect experiences of violence in significant ways:

The implications of these findings for women mayors are serious. Women are already underrepresented in mayoral positions nationwide, and this treatment may exacerbate the problem. When women of color are attacked because of their race and women, regardless of race, face sexualized violence and harassment, they may be discouraged from running for or staying in office. As Boise Idaho Mayor Lauren McLean reflects: “As a public servant of 20 years, I’m incredibly disheartened to see good people stepping down from public service because of the impact these threats – very real threats – have on their sense of security, on their families, on their ability to serve their communities and fulfill their duties.”

Even if women decide to enter or stay in politics despite their experience of political violence, the personal costs of their service are higher than for other groups of mayors. Exposure to gendered, sexualized, and race-based attacks may also dampen voters’ perceptions of individual officeholders and fuel existing biases within the political system, making it more difficult for women of color and non-Hispanic white women to win elective office.

Acknowledging this, in 2020 and again in 2021, U.S. Representative Rashida Tlaib (D-MI) introduced House Resolution 1151, “Recognizing violence against women in politics as a global phenomenon and supporting women’s full and meaningful participation in political life.”

“Receiving constant death threats – including against my family – hasn’t stopped me from speaking truth to power, but such hate and risk should not be the inherent cost of any woman participating in politics, regardless of her race, creed, sexual or gender identity, or any other defining quality of who she is. We so often hear the future is female — and I introduce this resolution as a means of securing it. Our future is so much brighter if we can build a world in which women and nonbinary individuals are free to fight for their communities and serve in government without fear of violence and abuse.”

In the end, it is only when elected representatives in democracies – including U.S. democracy – “look like” those that are being represented that they be seen as fully legitimate. And only when democratic governments are diverse can their constituencies benefit from the full array of symbolic, process, and policy outcomes that diversity provides.

What is political violence?

In recent years, both comparative and Americanist scholars have sought to expand definitions of political violence to ensure that they are inclusive of as wide a range of behaviors as possible, and that violence based on gender and race are recognized.[2] Research on “violence against women in politics” also seeks to distinguish a type of violence intended to push women out of the political sphere.[3] Although this study does not grapple with the intent of the violence experienced by mayors, it does include distinctions of gendered, sexualized, and race-based violence so that we may better understand how gender and race affect mayors’ exposure to and experience of violence.

In our study, we used the following definitions as they apply to people who serve in political offices (see Appendix A for more specific information about how these items are measured):

Gendered, sexualized, and race-based violence can take any of the forms (psychological, threats, physical) captured in our survey.

What do we know so far?

U.S. research about violence against women politicians shows that, among mayors and state senators, psychological and physical violence are common and that gender differences are apparent.[4] In itself, that is alarming information. The questions that remain include what do the patterns of violence against politicians, especially women in politics, look like today? And, importantly, a key question that has not been sufficiently addressed either before or since 2020 is the extent to which intersectional identities affect the levels and types of violence faced by women in politics. How do women of color in politics experience violence against politicians? How does that differ from non-Hispanic white women, non-Hispanic white men, and men of color? Our goal here is to illuminate intersectional experiences of U.S. mayors in 2021.

How did we do our research?

In the fall of 2021, we conducted a survey of all mayors of cities with populations of 10,000 and above. The first contact was made September 27, 2021, and the last November 29, 2021. The survey focused on questions about each of the types of violence listed above. We took steps to limit bias in responses and to increase representativeness of the respondents. Of the 3,151 mayors contacted, 971 responded for a 30.8% response rate.  Mayors’ race and gender were determined by answers from survey questions: “What is your gender?” and “What is your race?”  Please list all races that apply and indicate if you are Hispanic/Latinx.” Mayors who identified as white only were coded as non-Hispanic white. All others were coded as mayors of color. Due to the paucity of mayors of color in our sample, we are not able to examine races/ethnicities individually.

Levels of Violence Against Mayors

Among all mayors who responded, 94.5% faced some type of psychological violence at least once during their tenure as mayor. Nearly one-quarter (24.2%) of mayors reported receiving at least one threat and 15.8% suffered physical violence.

With the exception of physical violence, non-Hispanic white women and women of color mayors experienced significantly higher levels of violence than non-Hispanic white men. Notably, women of color mayors received the highest rates of threats. Women experienced more physical violence than men, but the difference was not statistically significant. To report the frequency of types of violence, mayors were given the following options: never, less than monthly, once or twice a month, three or four times a month, or more than four times a month. To summarize the results of these data, the chart below reports percentages of categories of mayors who experienced violence at least monthly. These data map the differences in means.

Psychological violence, threats, and physical violence can be gendered, sexualized, and/or race-based (see definitions above). For example, in our survey, mayors wrote about use of racist and sexist language including references to the “N” word, public lynching, and “crazy dumb girl.” When asked to specify the forms of violence they had experienced, women of color mayors reported the highest levels of violence critical of their race. Next was men of color mayors. Both groups faced significantly higher rates than non-Hispanic white men and women. Approximately 18% of men and women mayors of color were criticized each month because of their race compared to less than 5% of non-Hispanic white men and women mayors. Women of color mayors were also more likely than any other group to have faced this type of criticism on at least a weekly basis.

Our survey also addressed the costs associated with violence. Our first finding concerns the effects on mental health and well-being of mayors overall. More than half of survey respondents reported that the violence was either somewhat or very upsetting to them. Almost half of mayors indicated that violence diverted their attention from work and family quite a lot (13%) or at least a little (36.9%). Increased levels of irritability, sleep disturbance, problems concentrating, or exaggerated startle responses due to violence were reported by 41.3% of mayors and about one in five respondents reported that the violence led to intrusive memories, nightmares, or similar effects.

The wider effects on representation are also apparent. More than two-thirds (69.8%) of mayors knew someone who chose not to run for office due to these issues. And 32.2% thought about leaving office themselves.

Gender and race-based differences in reactions to violence are also apparent among our mayoral respondents. Women mayors of color and non-Hispanic white women were more likely than their counterparts to have reported intrusive thoughts about the violence to which they were exposed and to have reported those experiences as upsetting. Non-Hispanic white women mayors were more likely than those in other groups to have faced irritability and to have had their attention diverted from work and family. Men of color mayors tended to be the least likely to have reported these symptoms.

We hope that these results will generate shared understanding of the challenges facing current elected officeholders and a commitment to addressing them.

Action to address political violence can come through governments and organizations. For example, at the state level, legislatures can enact legislation to mandate that home addresses of local elected officials are kept private. State and local governments can also engage in public conversations about safety risks to elected officials and devote resources to addressing safety concerns. Communities can offer protection to mayors, and organizations can increase visibility of the issue and offer information and training.

The existence of political violence, including that specific to women, is not new. But it is the knowledge about and attention to it that will spur effective solutions.

Rebekah Herrick is a Professor of Political Science at Oklahoma State University. Sue Thomas is a Senior Research Scientist at the Pacific Institute for Research and Evaluation. Heidi Gerbracht is the Director of the Progressive Governance Academy at re:power and formerly of Equity Agenda and the Women Mayors Network. Emily Miota is formerly of the Mayors Innovation Project.

[3] For a more extensive discussion of violence against women in politics in all its dimensions, see the References at the end of this report.

Mayors were asked to indicate how frequently they experienced each type of violence in their role as mayor. The specific question was “Although mayors may have generally positive interactions with the public during their service, we are interested in knowing to what degree they have negative interactions. Below is a list of types of negative experiences that some politicians have reported. Please indicate if you have experienced any of these experiences as mayor by putting a check mark in the appropriate box.” The boxes included never, less than monthly, once or twice a month, three or four times a month and more than four times a month.

For psychological violence, the experiences were:

For threats of violence, the experiences were:

For race-based violence, the experiences were:

For gender violence, the experiences were:

For sexualized violence, the experiences were: