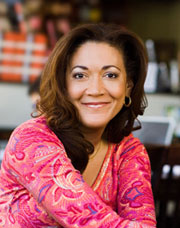 Before coming to NPR, Norris was a correspondent for ABC News. As a contributing correspondent for the “Closer Look” segments on World News Tonight with Peter Jennings, Norris reported extensively on education, inner city issues, the nation’s drug problem, and poverty. Norris has also reported for the Washington Post, Chicago Tribune, and Los Angeles Times. Her Washington Post series about a six-year-old who lived in a crack house was reprinted in the book Ourselves Among Others, along with essays by Václav Havel, Nelson Mandela, Annie Dillard and Gabriel García Márquez.

Norris has received numerous awards for her work, including the National Association of Black Journalists’ 2006 Salute to Excellence Award, for her coverage of Hurricane Katrina. In 2007, she was honored with Ebony Magazine’s eighth Annual Outstanding Women in Marketing & Communications Award. Norris also earned both an Emmy Award and Peabody Award for her contribution to ABC News’ coverage of 9/11. Norris is also a frequent guest on The Chris Matthews Show on NBC News. Norris attended the University of Wisconsin, where she majored in electrical engineering, and graduated from the University of Minnesota in Minneapolis, where she studied journalism.

Race, Gender and the 2008 Presidential Election: Implications for the Future