Katherine E. Kleeman retired after more than 37 years at the Eagleton Institute of Politics and its Center for American Women and Politics (CAWP). Her Fund will support the creation and dissemination of CAWP’s public communications.

Katherine E. Kleeman (Kathy) worked at the Eagleton Institute of Politics and its Center for American Women and Politics (CAWP) from 1980-2018, retiring as senior communications officer. She authored or co-authored many pathbreaking research publications, helped to shape CAWP’s education programs, addressed the public about women’s evolving political participation, and managed the Institute’s robust media relations. Her Fund supports the creation and dissemination of its public communications.

Kleeman divided her time and talents among various Institute and CAWP programs. She wrote and edited Eagleton and CAWP newsletters, publications, proposals, reports and web content and directed media inquiries to the appropriate experts at the Institute. She represented CAWP at the inaugural NEW Leadership® programs of eight partner institutions. Over the course of her career, Kathy helped launch many innovative programs to inspire and lift the leadership ambitions of women and girls, including:

Kleeman co-authored Political Generation Next: America’s Young Elected Leaders with Institute director Ruth B. Mandel, discussing findings from the Institute’s Young Elected Leaders Program.  She also co-authored two CAWP publications – Legislating By and For Women, describing CAWP's research about the impact of women in the 103rd and 104th Congresses, and Term Limits and the Representation of Women, highlighting findings from a CAWP conference of legislators, activists, and practitioners as well as related research about the effect of term limits on women's representation in state legislatures. Among her earlier publications were: Voices, Views, Votes: The Impact of Women in the 103rd Congress (co-written with a CAWP research team); and Women Make a Difference (co-authored with Kathy Stanwick) and Women's PACs, both part of CAWP's series of reports on "Bringing More Women into Public Office." She also prepared a discussion guide for the documentary film Not One of the Boys, produced by CAWP and aired in 1984 on the PBS series Frontline. In addition, she assisted with editing for four editions of Gender and Elections, edited by Susan J. Carroll and Richard Fox. 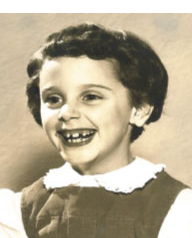 Kathy is the daughter of the late Richard P. and Rosslyn Shore Kleeman. Roz and Dick met at a political event, and politics – as well as writing, wordplay and non-stop consumption of news – were emphasized in their household. Kathy and her siblings Nancy, Alice and David grew up in Minneapolis; the family moved to Washington, DC when Kathy was 13. She earned an A.B. from Radcliffe/Harvard and an Ed.M. from the Harvard Graduate School of Education before dedicating her life’s work to the political empowerment of women. Kathy married Joe Melton and settled in Kendall Park, New Jersey, where the couple raised two children, Anna and Tom Melton. Kleeman serves on the board of the area's Planned Parenthood affiliate. Her passions include Red Sox baseball, Rutgers women’s basketball, and Americana/singer-songwriter music. 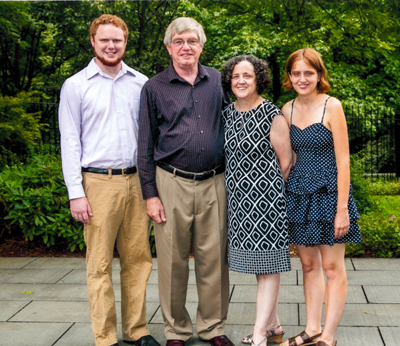