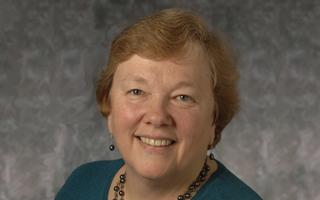 Susan J. Carroll is Professor of Political Science and Women’s and Gender Studies at Rutgers University as well as Senior Scholar at the Center for American Women and Politics (CAWP) of the Eagleton Institute of Politics. Proceeds from her Fund will support Ph.D. students who are majors or minors in women and politics in the Department of Political Science to contribute to and benefit from the research and programs of CAWP.

As Senior Scholar at the Center for American Women and Politics, Carroll has been co-principal investigator on several major research projects funded by the Ford Foundation, the Charles H. Revson Foundation, the Barbara Lee Foundation, and the Hunt Alternatives

Fund (Political Parity Project). She has co-authored numerous CAWP publications, several of them focusing on the recruitment and impact of women state legislators and members of Congress, including Representation Matters: Women in the U.S. Congress; Poised to Run: Women’s Pathways to the State Legislature; Voices, Views, Votes: The Impact of Women in the 103rd Congress; Reshaping the Agenda: Women in State Legislatures; and Women's Routes to Elective Office: A Comparison With Men's.

Carroll was instrumental in developing the pioneering graduate program in women and politics within the political science department at Rutgers University, and she is especially proud of the accomplishments of the extraordinary feminist scholars she has helped educate. At the Eagleton Institute of Politics, Carroll oversees the Eagleton Undergraduate Associates Program, an honors-like program through which a select group of juniors and seniors examine the interconnections between the theory and practice of politics.

Carroll is a founder and former president of the Organized Section for Women and Politics Research of the American Political Science Association, and she currently co-edits the CAWP Series in Gender and American Politics, a book series published by the University of Michigan Press. She is the recipient of the Lifetime Contribution to Political Studies Award of the Political Studies Association in the United Kingdom as well as the Outstanding Professional Achievement Award from the Women’s Caucus of the Midwest Political Science Association.

As a nationally recognized expert on women’s participation in politics, Carroll has been quoted in the New York Times, Washington Post, Chicago Tribune, Christian Science Monitor, Los Angeles Times, USA Today, Newsweek, U.S. News and World Report, Business Week, Time, The Economist, and various other print media. Her television appearances include: “Katie” (with Katie Couric) on ABC; CNN; BBC; “World News” and "Nightline” on ABC; "Up to the Minute” on CBS; WNYC public television in New York; WNJN public television in New Jersey; WCBS News in New York; and WNBC’s "Today in New York Weekend Edition." She has been interviewed for numerous radio programs, including "All Things Considered," "Morning Edition," "Marketplace," and “Day to Day” on National Public Radio.

Carroll has a long history of involvement with the American Civil Liberties Union (ACLU), having served as a member of the board of trustees of the ACLU-NJ for 15 years and as a delegate to two national ACLU conventions. She also has served on the board of her local Girl Scout council and as an appointee to the Historical Association in New Brunswick, NJ. She received the Mary Philbrook Award for achievements and contributions to advancing women’s equality from the Women’s Political Caucus of New Jersey and the Georgina Smith Award for Creative and Distinguished Leadership from the Rutgers University Chapter of the American Association of University Professors (AAUP).

Carroll received her M.A. and Ph.D. in political science from Indiana University and her B.A. in history from Miami University in Ohio. She taught at George Washington University before coming to Rutgers in 1981.