Candidate Competence: Is There a Double Standard?

The 2016 presidential election has brought questions of gender, sexism, and the role of women in politics to the forefront of national conversation. Are Americans ready to see a woman in the role of President, an office that has long been an exclusively male domain? How do our expectations about presidential masculinity—strength, “toughness,” military might—influence the way we evaluate the first female major party nominee? In what ways are voters’ impressions of Hillary Clinton, who has been a major presence in American politics for decades, influenced by the many examples of gendered (and often blatantly sexist) media coverage and comments from her opponent’s campaign?

It is difficult to untangle the effects of gender from the unique circumstances surrounding Clinton herself—her level of experience, name recognition, and many years in the public spotlight ensured that many voters knew who she was well before she announced her candidacy for president, and most voters already had strong opinions about her, as well. However, in order to get a better sense of some of the ways gender has mattered in this race, it may be useful to consider some recent work from political science on how gender stereotypes affect voting behavior, including a new article I wrote (Ditonto 2016) that examines how participants in an experiment evaluated male and female candidates whose competence to serve in office was called into question. In general, I find that women who run for office are more vulnerable to information that casts doubt on their competence and experience than are men. Participants in two experiments liked “incompetent” women less than “incompetent” men and were less likely to vote for them, as well.

Scholars of women and politics have conducted many studies over the past several decades trying to determine whether and how gender-based stereotypes influence women who run for, and serve in, political office. Despite the large amount of attention devoted to this question, though, the evidence is somewhat inconclusive. Many studies have found differences by gender in the ways that candidates are evaluated—women are perceived as more liberal, compassionate, trustworthy, warm and emotional, but less competent, “tough,” and strong (e.g. Huddy and Terkildsen 1993; Kahn 1996). However, some of the most recent work in this area seems to indicate that gender-based stereotypes are not automatically applied to women candidates and that other considerations, like political party affiliation, are much more important to voters than a candidate’s gender (Brooks 2013; Dolan 2014; Hayes 2011).

Yet a third group of studies have found evidence for a sort of “middle ground” for the effects of gender-based stereotypes, suggesting that they may matter for some women candidates in certain electoral contexts, but not in others. The extent to which gender stereotypes matter seems to depend on a number of factors, including the nature of the political advertisements used (Bauer 2015), the policy issues emphasized (Lawless 2004; Holman et al 2011), and the amount or type of other information available during a campaign (Matson and Fine 2006; Ditonto, Hamilton and Redlawsk 2014).

The findings from my most recent study fall into this third category. The point of the study was to determine whether earlier findings that women candidates are often seen as less competent (e.g. Huddy and Terkildsen 1993; Schneider and Bos 2014) would hold if information related directly to a candidate’s competence was also available to voters—things like evaluations of a debate performance, comments from a staffer, or a newspaper editorial. I wanted to know how this sort of substantive, politically-relevant information would change voters’ perceptions of candidates, and whether it would matter differently for women candidates than for men. A previous study some colleagues and I conducted (Ditonto, Hamilton and Redlawsk 2014) found that participants in an experiment that simulated a political campaign sought out more information about a candidate’s competence and experience when that candidate was female. In that experiment, all of the information available about the candidates portrayed them positively—as very competent. However, if voters are seeking out more competence-related information for women candidates than for men, what happens when the information they encounter makes them seem less than totally competent?

In order to find out, I conducted a computer-based experiment that mimicked a presidential campaign between two fictitious (but realistic) candidates—one Democrat and one Republican. Each participant experienced a “campaign” in which various pieces of information about the candidates scrolled down their computer screen. They could click on whichever items they wanted in order to learn more about a particular topic, and their choices included things like the candidates’ policy positions, ideology, family, educational background, etc.—the same kinds of things that are usually available during a real political campaign.

The experiment varied two important factors within the campaign, however. First, half of the people saw two male candidates in the race (one in each party) while the other half saw a woman running in their own political party and a man running for the other party. Second, there was also a subset of information that related specifically to how competent the candidates seemed (how they did in a debate, how the candidate’s opponent talks about them, comments from a newspaper editorial, a description of the candidate’s prior political experience, how the candidate did while holding previous office, and a description of the candidate by a former staff member). Again, I split the sample of participants into two groups—for half of them, this information portrayed their party’s candidate as very competent. The other half saw information that made their party’s candidate seem less competent than one might hope for.

To sum up, participants saw a campaign for president in which they could either see two men running for office, or a woman running in their party and a man in the other party, and in which some of the information available to them either made their party’s candidate seem competent or incompetent. After going through the campaign, they were asked to vote for the candidate of their choice and also to tell me how much they liked their candidate on a 0-100 point “feeling thermometer.”

The results suggest that a candidate’s gender plays a big role in how much we care about his or her perceived competence. Women and men who were portrayed as competent did about equally well in both the outcome of the election and participants’ evaluations—candidate gender didn’t matter to them as long as the candidate seemed competent and qualified. When they were presented with a candidate who seemed less than competent, though, women candidates did far worse than men did. In fact, subjects who saw incompetent women in their party often rated the candidate in the other party as favorably or more favorably than they rated her, and were actually more likely to vote for the other candidate! This was a pretty unexpected finding, since party affiliation is almost always the strongest predictor of someone’s vote choice.

In a sense, these results are good news for women candidates. If they come across as competent and qualified, they can do just as well as men. This means that they are not automatically disadvantaged by stereotypes that women candidates are less competent than men. On the other hand, women seem to be disadvantaged by negative portrayals of their competence in ways that men simply are not. Perhaps we should be more surprised that subjects liked incompetent male candidates as much as they did!

The current presidential election may be a pretty good real-world example of this phenomenon at work. Hillary Clinton is widely considered to be one of the most well-qualified candidates ever to run for president, and even her detractors acknowledge that she has far more political experience than Donald Trump, at least in the traditional sense. Yet, there has been a great deal of talk about the different standards that the two are often held to by the media, and even by voters of their own parties. Trump’s seeming ability to get away with saying and/or doing just about anything without losing support is a marked contrast to Clinton, who is continually attacked for things like her “lack of judgment,” not looking “presidential enough,” and not being “authentic.” To be sure, there are many factors at play that contribute to these dynamics, but my findings suggest that that a double-standard when it comes to male and female candidates’ competence may certainly be part of the story. 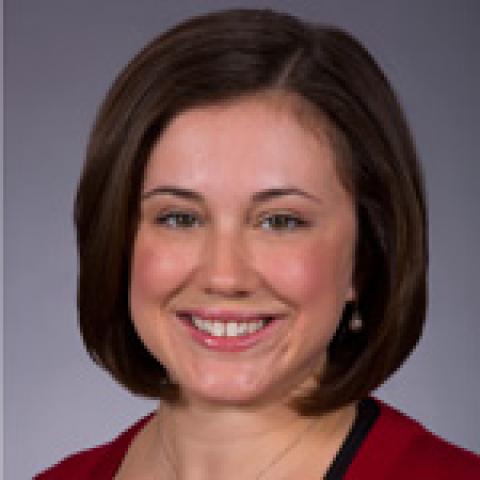 Tessa Ditonto is an assistant professor in the Department of Political Science at Iowa State University. She studies women and politics and political psychology with a focus on how voters learn about candidates and make decisions during campaigns.