Scholars have long lamented the lack of women candidates for public office. Attempts to recruit women candidates have been widespread, targeting older women with empty nests, younger women without children (or those not interested in having them), lawyers and businesswomen whose experience mirrors that of typical male candidates. But another pool is waiting to be tapped:   losers, women who have previously run for office but did not win. Challenges to re-recruiting these women to run are deep-rooted in societal expectations of women. Yet, the 2016 presidential race offers two examples, Hillary Clinton and Carly Fiorina, who have not let political setbacks stop them from pursuing their goals. Their decisions to persist despite earlier failed campaigns should inspire other women who have run and lost to jump back in the fray.

The common refrain that “when women run, they win” refers to evidence that women and men have similar win rates in general elections (Newman 1994; Sanbonmatsu 2006). But what happens if they lose? Women are less likely than men to run for election after suffering a defeat (Dolan et al 2015). Convincing women (who are less often self-starters) to throw their hats into the ring in the first place takes time; sometimes it requires additional resources from political parties and women’s organizations. (See CAWP resource Poised to Run.) If the woman candidate loses her first election and sours on the prospect, that investment may never pay off. For women who suffer from self-doubts about their qualifications, a loss may provide an excuse not to run again. (Fox and Lawless 2010).

Yet the 2016 presidential campaign showcased two women candidates who dusted themselves off and got back in the game. Hillary Clinton’s presidential run in the 2008 Democratic primary was a bruising political defeat. Conceding the nomination to relative newcomer Senator Barack Obama, then-Senator Clinton said, “Although we were not able to shatter that highest and hardest glass ceiling this time, thanks to you it has 18 million cracks in it, and the light is shining through like never before, filling us all with the hope and the sure knowledge that the path will be a little easier next time.” Republican presidential candidate Carly Fiorina lost a highly visible Senate race to incumbent Barbara Boxer in 2010. The return of both Clinton and Fiorina to the presidential race in 2016 to take yet another crack at high office is a welcome model for women recovering from election defeats at lower levels all across the country.

In an interview with the Washington Post, Fiorina’s senate campaign manager, Marty Wilson, said, “Carly was bummed after the loss, but I encouraged her to stay involved and run again. I told Carly she should run for president in 2012 and she said I was ‘Nuts.’” Fortunately, Fiorina changed her mind (with encouragement from a political insider). Her compelling performance in the August primary debates established her as a significant presence in the crowded Republican field.

Despite her loss in the 2008 Democratic presidential primary, Hillary Clinton was identified early as the obvious choice for her party’s nomination in 2016, based in part on experience she gained as Secretary of State – a position she won as a consequence of both her service on the Senate Armed Services Committee and her strong showing in ’08.

One never knows what may follow even a losing campaign. Many women officeholders cite their campaigns for lower office as having signaled  to powerbrokers their willingness and ability to serve in appointed positions unanticipated before their races. In Hillary Clinton’s case, seizing the opportunity to serve as Secretary of State under her 2008 opponent, Barack Obama, positioned her for her 2016 run, with the added credential leading many to call her the most qualified presidential candidate of the modern era.

There are plenty of reasons not to dust oneself off and try again. Campaigns are costly, both financially and emotionally, as well as in time that may be in short supply for women who are still responsible for the bulk of household maintenance and often breadwinning for their families. But there may be more at play as well.

Self-doubt has been documented among women in likely candidate pools, and it begins early. In analyzing college-age women and their pursuit of leadership opportunities on campus, Keohane et al 2003 found that at Duke University many women undergraduates were under the pressure of “effortless perfection: the expectation that one would be smart, accomplished, fit, beautiful, and popular, and that all this would happen without visible effort”. It is possible that women candidates face similar social expectations (think supermom and having it all) and a hard-fought campaign loss is hardly evidence of effortless perfection.

So what will it take for women to overcome this? Angela Lee Ducksworth, an assistant professor of psychology at the University of Pennsylvania, argues that success is largely dependent upon grit, described as “passion and perseverance for very long-term goals. Grit is having stamina”. Political campaigns certainly require stamina, and women’s individual tenacity should be supplemented by political parties who can provide volunteers, funds, and public statements of support to make it easier for women to take another chance. Like political campaigns, the adage exemplifying grit, “If at first you don’t succeed, try, try, again” may also be gendered. Carol Dweck, the Lewis and Virginia Eaton professor of psychology at Stanford University, has found that talented girls are less likely to persist following a failure because they perceive abilities to be innate rather than a consequence of effort and practice (Dweck and Leggett 1988). These beliefs may persist into adulthood, as Kay and Shipman (2014) find that women are more likely to blame themselves for failure and give credit to other factors when they succeed, while their male counterparts dismiss failure and claim credit.

Knowing that these gendered differences exist, it is important to highlight the number of men in public office who were not successful at first. They include President Bill Clinton in his 1974 Arkansas congressional race and President George W. Bush in his 1978 Texas congressional race. Even President Barack Obama lost a 2000 Illinois Democratic congressional primary before going on to win a Senate seat in 2004. Speaking to a broader audience, Johannes Haushofer, assistant professor of psychology and public affairs at Princeton University, recently posted a CV of his failures, arguing that making his own failures visible to others would prevent them from wrongfully attributing their own failures to individual flaws rather than the external factors that could be at play.

In the context of a campaign, there could be any number of reasons why a candidate doesn’t receive the most votes irrespective of a candidate’s suitability. The knowledge gained from an initial loss is invaluable to a qualified candidate who may perceive her loss as an indictment of her abilities alone, when in reality she might just need a different campaign manager, a better communications strategy, or a race for a different type of office. Start-up companies across Silicon Valley have spoken out about the importance of failure and learning from our mistakes, indicating that value can come from experience – even negative experiences.

Publically admitting failure is certainly easier for those with privilege. Because male candidates are the default, men who lose and try again may be seen as the “comeback kid” or a “fighter”, while women may be tainted by the loss. It most certainly is easier for a man than a woman to overcome a loser association. That means women should be strategic in the selection of their races, but being strategic shouldn’t mean permanent retirement. It should mean learning from one’s mistakes and demonstrating the toughness that qualifies you for public service. With so few women running for and holding office, the pressure not to let down an entire gender is high. Furthermore, those with fewer resources don’t always have the option of another go-around. It is vital, then, that political parties and women’s organizations provide the institutional support that would make it easier for women to make a second attempt.

For their part, women who don’t win on that first try should take a lesson from Secretary Hillary Clinton and Carly Fiorina and go back at it, bringing even more as a consequence of the earlier defeat. In her commencement speech at the University of Rhode Island, Supreme Court Justice Sonia Sotomayor told graduates, “The ‘uh-oh’ moments are worth cherishing just as much as ‘ah-ha’ moments: Mistakes, failures, embarrassments and disappointments are a necessary component of growing wise”. Wisdom is surely a valuable commodity for public officials. Wisdom gained through failure is something previously unsuccessful women candidates can bring to the table, rather than something that should disqualify them from another campaign. We need more women in public office. Not perfect women – wise women. Sometimes that is going to mean stepping up one more time. 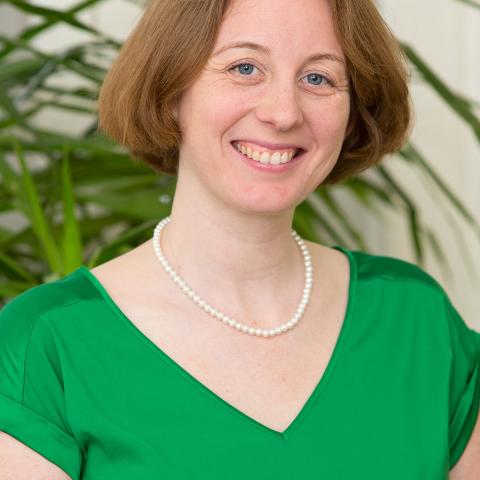 Anna Mitchell Mahoney is an Administrative Assistant Professor of Women’s Political Leadership and Director of Research for Newcomb Institute at Tulane University.