"The overrepresentation of men in all political offices is troubling." 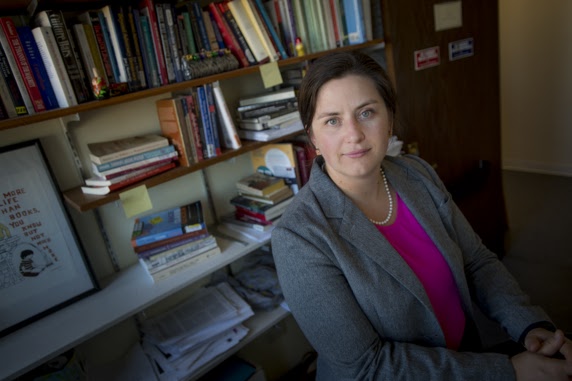 Dr. Mirya Holman is associate professor of political science at Tulane University. Among her many publications on gender and American politics, she is the author of Women in Politics in the American City (Temple University Press, 2014), which examines the effect of female mayors and city council members on urban politics. We asked Dr. Holman to share insights from her research that provide important context for CAWP’s recent release of new data on women’s representation in municipal offices nationwide. Our conversation was conducted via email and is provided in its entirety.


Much of the work on the impact of women in American politics focuses on women officeholders at statewide and federal levels. What motivated you to conduct research on the role and influence of women in municipal government?

As CAWP notes, there are “long-held myths” about women in local politics – that there are a lot of them, or that gender does not matter in local politics, or there is no way for women’s representation to be important – and, quite frankly, I didn’t buy it. I wanted to have the actual data to see before I bought into the idea that women’s representation in local politics is not important. A bonus was that there was a clear gap in the scholarship; because no one had done it, I could make a contribution to the scholarship in a meaningful way.


In your book Women in Politics in the American City (Temple University Press, 2014), you challenge the idea that gender – whether of leaders or in policy framing and debates – does not influence politics at the local level. Can you share some of your findings about the ways in which gender does affect policymaking at the local level?

In my book, I look at how gender might shape local politics in key ways – does gender shape what leaders think about policies, how policy is made, and policy outcomes? For each, I show that the representation of women in local government does matter because women value different policies, incorporate new voices into the policymaking process, and change policy outcomes. For example, in cities with women mayors, a broader set of community groups are involved in the policymaking process and are active in city council meetings. Women’s representation is particularly important for areas like domestic violence policy.


CAWP’s new report on women in municipal government shows that women are less than a third of municipal officeholders in incorporated cities and towns with populations over 10,000. This is similar to women’s state legislative representation nationwide. How – if at all – do you believe this underrepresentation of women matters for municipal governance in 2021?

From a standpoint of democratic health, the overrepresentation of men in all political offices is troubling – what does this say about the strength of our municipal institutions? Given that cities across the US are making policy in areas like policing, infrastructure, climate change, and elections security, wouldn’t we want robust and representative democracies? This new data from CAWP destroys the “it is better at the local level” myth — now we can start thinking about what to do about women’s underrepresentation!


Your book stands out as one of the most comprehensive investigations into the topic of women’s leadership in local politics, but you have also published a more recent review of research on women in local government. What other questions do we still need to investigate about gender and municipal politics and policymaking?

There is so much that we don’t know about women’s representation in local politics! Some of the key questions that really interest me are about who these women are and what they do in office. To start, we know very little about the racial and ethnic make-up of women in local office. That Black women are the mayors of many large cities in the United States has gotten press, and rightfully so. But the absolute joy of the CAWP data is that it contains information about women’s leadership in smaller cities. While urban politics scholars have long evaluated and studied the election of Black and Latino candidates to local office, we know far less about intersectional representation. The CAWP data gets us started to ask these questions.

I’m also really interested in how women get into office locally and whether this varies from what we know about the pathways to office at the state and federal level. What are the pipelines for women to local office? Does this vary from the backgrounds that men have? Patricia Kirkland finds that mayors often come from business backgrounds — does this vary by gender? The CAWP report goes a long way towards helping us with concrete, high quality data on women’s representation and I know that it will mean that scholars can ask these – and lots more – questions.