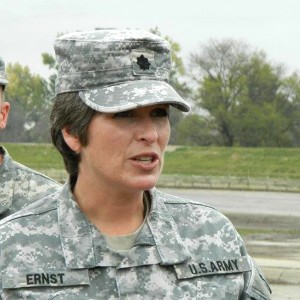 In January, Joni Ernst (R-IA) will be among the 104 women serving in the 114th US Congress.  In addition to being the first woman elected to represent Iowa in Washington, Ernst made history in November as the first woman veteran elected to serve in the US Senate.  She will join fellow veterans Tulsi Gabbard (D-HI) and Tammy Duckworth (D-IL), who made history in 2012 as the first female combat veterans elected to serve in the US House, and Martha McSally, who was elected to the House this year from Arizona. With these additions, six women veterans will have served in Congress. (Former Representatives Catherine Small Long (D-LA), Heather Wilson (R-NM), and Sandy Adams (R-FL) round out the group.)

CAWP’s research indicates that women bring different priorities and experiences to public life, and women officeholders help make government more transparent, inclusive and accessible. Women public officials – elected and appointed – have an impact on public policy that ultimately affects the entire population of the state, region and nation. Today there are an estimated 2.2 million female veterans, and they represent one of the fastest growing segments of the veteran population – about 10 percent of the total 22 million veterans in this country.   Women veterans have already put their country first by serving in the military; they are exactly the kind of people we need as public leaders. And recognizing the distinctive experiences of women in the armed services, it’s clear that women vets will bring especially valuable insights to Congress. CAWP has partnered with the Department of Veterans Affairs’ (VA) Center for Women Veterans to help women veterans develop skill sets to prepare them for public and community service opportunities within their communities. The Center for Women Veterans, created in 1994 to monitor the VA’s administration of benefits and services to women Veterans and to advise the Secretary on the VA policy’s impact on Women Veterans, will advise CAWP on how it focuses its resource information to address women veterans’ issues.  “Women veterans often contact us for information about how they can continue serving,” says Elisa M. Basnight, director of the Center for Women Veterans. “This agreement with CAWP presents a prime opportunity for the Center to help prepare them for other forms of public service as it responds to a persistent need women veterans tell us they have, which is the desire to continue to make a difference after the uniform.” CAWP is also partnering with Veterans Campaign, a program of the National Association for Uniformed Services, on a female leadership workshop at their Veterans Campaign Training, which will be held on Feb. 21-25, 2015 in Washington, DC.  In addition, women veterans (and any women!) can attend one of the Ready to Run® programs hosted by CAWP or our partners around the country – upcoming programs can be found here.  Additional campaign trainings and leadership programs can be found on CAWP’s national Political & Leadership Resources for Women map. For more information about and other resources for women veterans, you can also visit the Center for Women Veterans.