Over the past two weeks, I traveled through two Nordic countries – Sweden and Denmark – for work and vacation. As I explored both country’s capital cities, the gendered political realities were made clear and distinct from the United States. I’ve pulled together this photo diary of my trip with some facts and observations that might be of interest to those who pay particular attention to women’s political representation at home and abroad.

The Swedish parliament, or Riksdag, nears gender parity in political representation; 43.6% of its members are women. It ranks 5th in the world for women’s parliamentary representation. 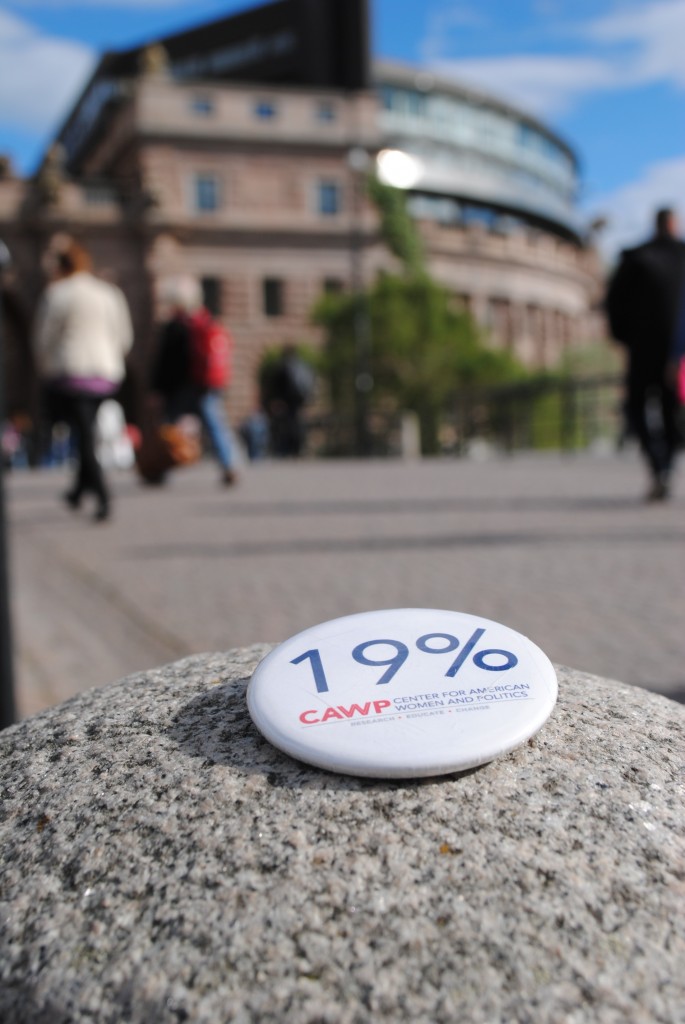 While on the tour of parliament, our tour guide noted this fact in passing as if it were to be expected (while the Americans like me noted how far we are from that reality). In fact, she continued to say that they have work to do on representativeness of the body, noting that their LGBT membership (4%) and representation of immigrant communities are still below the national level. 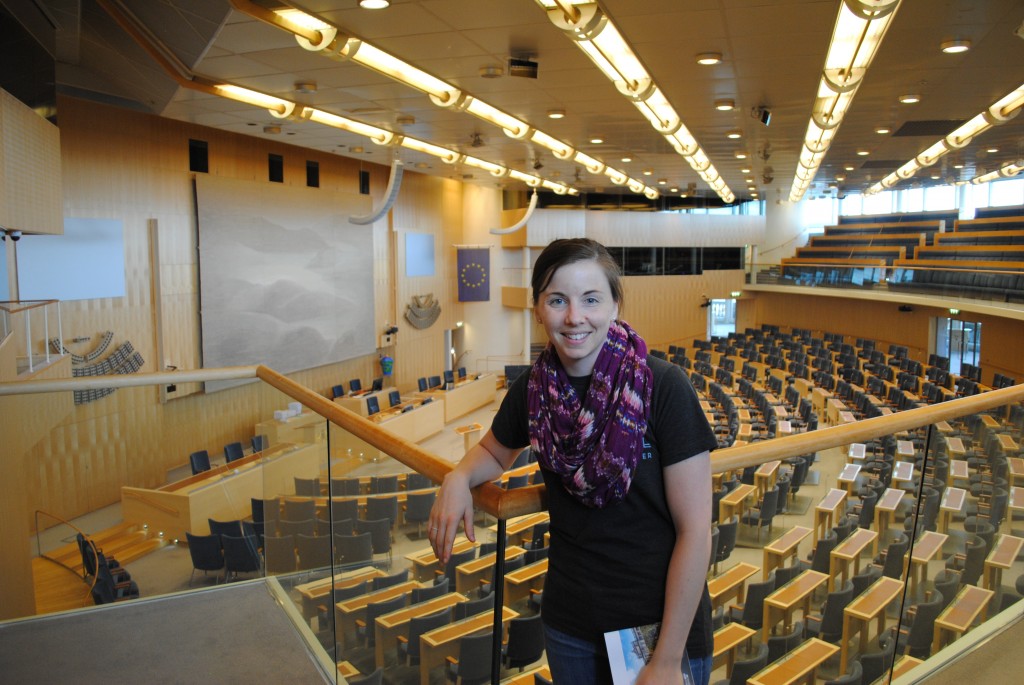 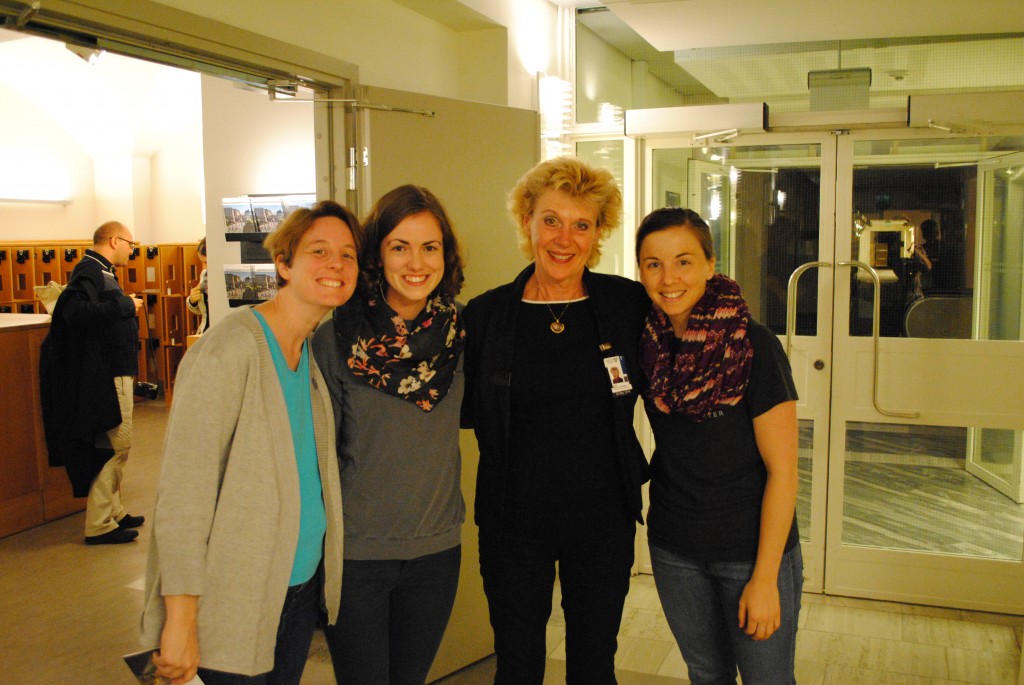 The Swedish parliament honors their female leaders in the building, including a “women’s room” with an exhibit celebrating women’s political leadership and urging the next generation of women to follow in their footsteps. The caption below the mirror reads: “This could be you.” 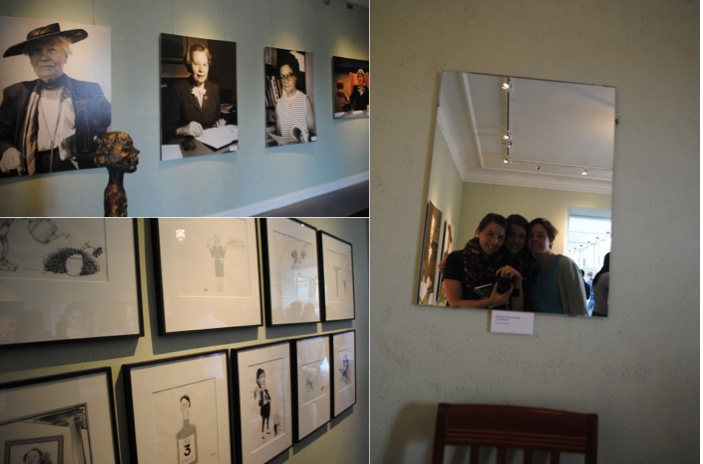 The Danish parliament, or Folketinget, boasts fewer women than Sweden, but still ranks 16th in the world for women’s parliamentary representation – 56 spots above the US; 38% of its members were women going into the parliamentary elections held last week. 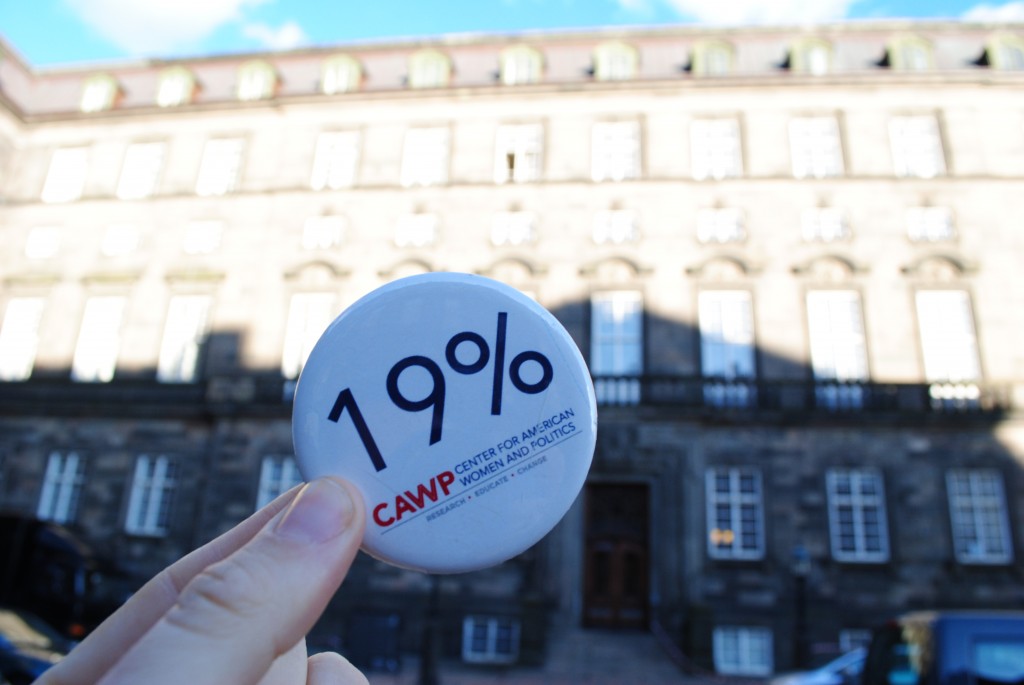 Denmark held its parliamentary elections last week while I was visiting, and the number of women’s campaign signs appeared to outnumber men’s signs. While not an indicator of candidate totals (only 36% of all799 candidates were women), the visible presence of women in all aspects of the election was striking. 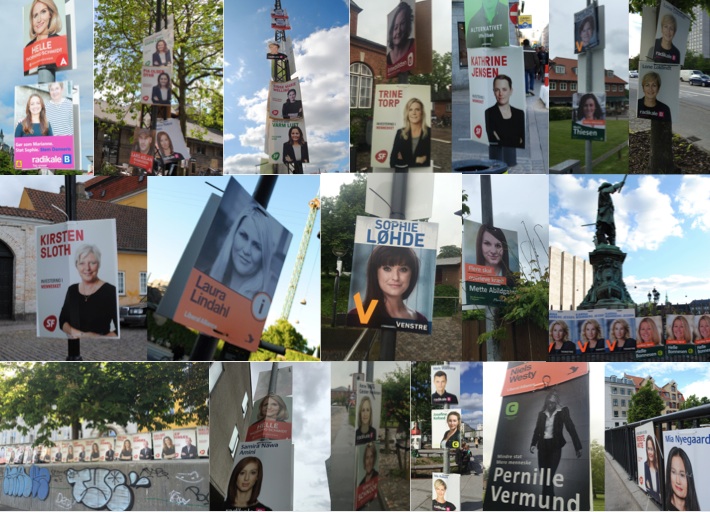 Women are at the helm in 3 of 10 of Denmark’s major parties, demonstrating their political power is not only in numbers, but also in status. 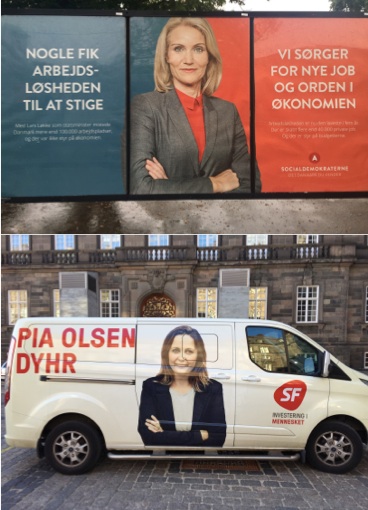 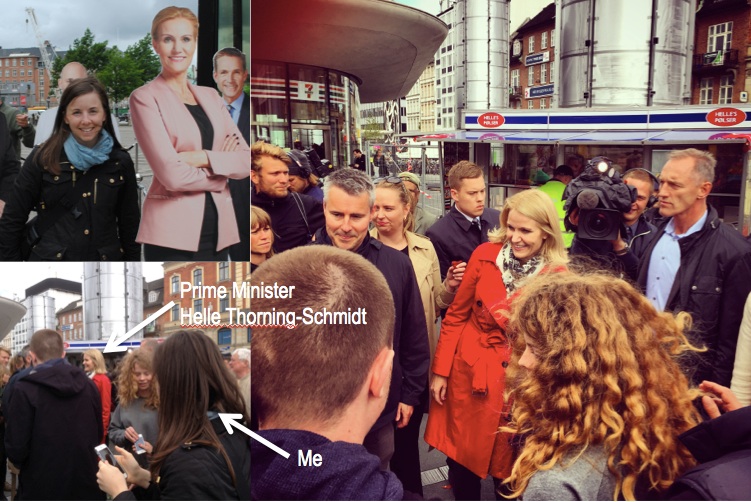 And then I saw some MPs celebrating outside parliament as the returns came in. 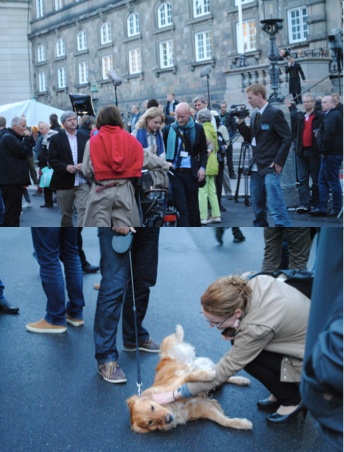 Denmark is also home to the television series Borgen, about the fictional first female prime minister of the country. I highly recommend the series to anyone who loves politics, and I’d argue that it is one of the best portrayals of a woman at the peak of political power. The series is now available on Netflix. 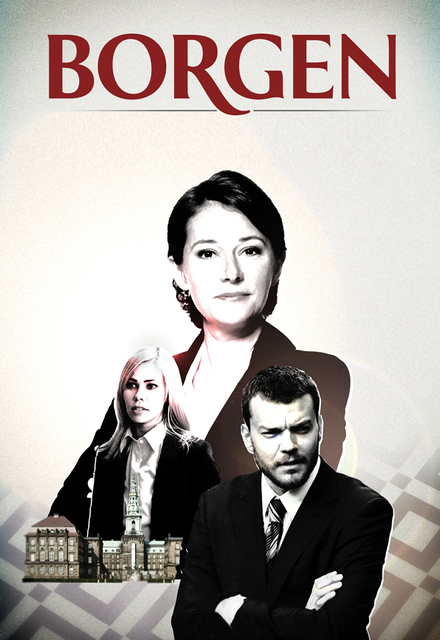 While taking the Borgentour, I learned that many believe the series influenced parliamentary debates and may have even primed the country for electing its first female prime minister (which it did after the second season aired). Recent murmurings of an US version of Borgenmay cue questions about whether life will imitate art or art may imitate life in the case of a female head of state in our country. 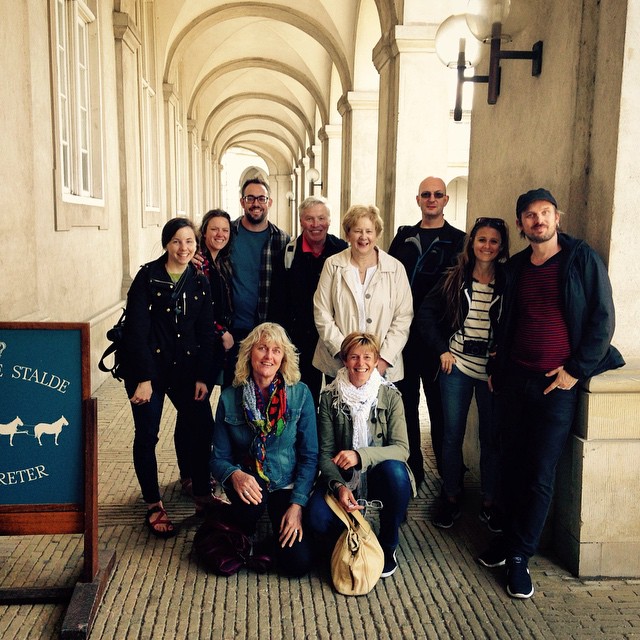 Me on the Borgen tour under the arches at Christiansborg